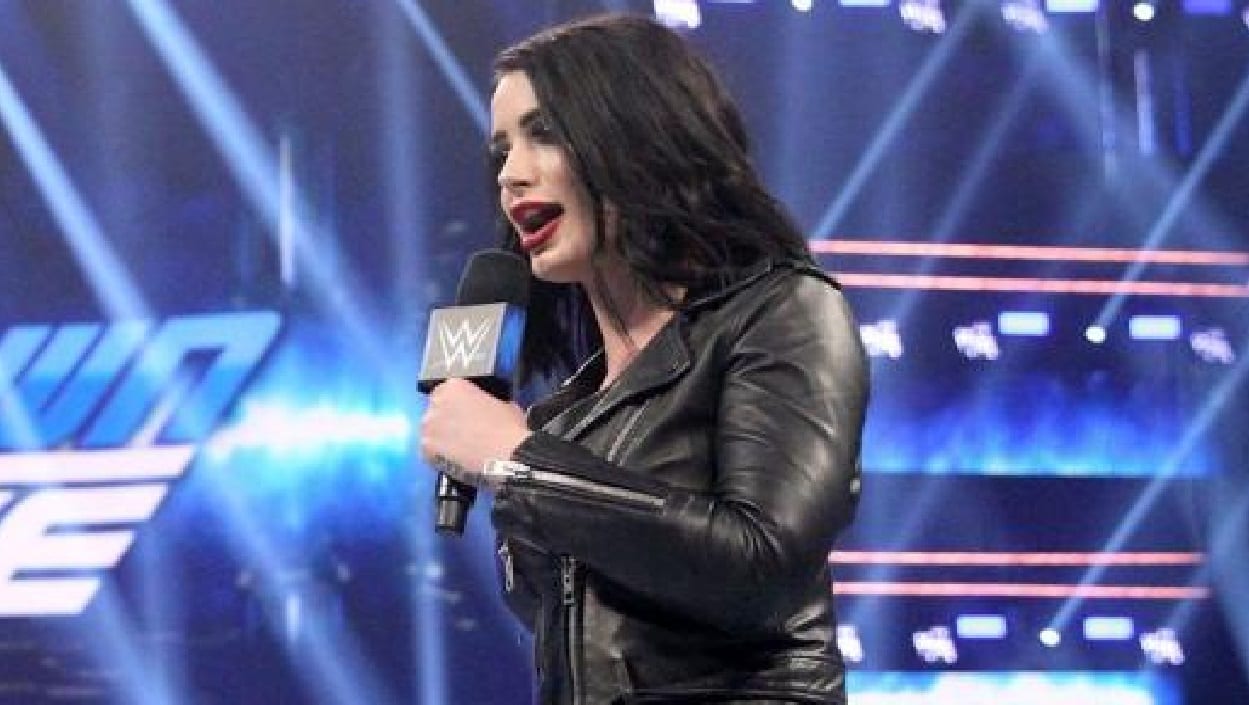 Paige is currently an authority figure on SmackDown Live, but that was not her intention when she got into the pro wrestling a business. An injury sidelined her and then WWE decided it was time for her to retire with their company. So a sad speech was given on the Raw after WrestleMania only to have a happy return as GM of SD Live the next night.

Paige is great in her current role as an authority figure, but fans really miss seeing her wrestle because she was so good at it after growing up with it in her blood.

Our good friend Mike Johnson said on PW Insider Elite audio that Paige could actually wrestle tomorrow if she wanted to, but WWE has just decided not to let her. However, there is good news for Paige because WWE loves her performance in her current role with the company.

“She could wrestle tomorrow, she could take a bump tomorrow. WWE’s not going to let her take that bump. WWE made the decision to medically disqualify her after the issue last year at the WWE live event at Nassau Coliseum where Sasha Banks kicked her and she went down and kind of loss feeling in her extremities.”

“WWE felt that the best thing to do was keep her out of a physical active role. That doesn’t mean she’s never going to take a bump again or she’s not going to wrestle again. WWE were the ones who pulled her.”

“My original headline was [on PW Insider] ‘WWE Pulls Paige As In-Ring Performer’ because that was the truth. She could go if she left WWE go and wrestle for Impact or anywhere else. I don’t know if that would be the best decision for her health long-term but she could choose to do that.”

“WWE management and WWE’s medical team, they were the ones who made the decision to remove her. As to if she has looked into ways of getting better or getting cleared, it’s possible. No one has specifically told me that, I don’t know of any meetings that she’s had with WWE management where she’s pushed the idea of getting back into the ring.”

Johnson continued to note that WWE likes Paige in the role of SmackDown General Manager and she’s taking direction very well and they like the fact that she’s been able to evolve her role. He also said that this role might have even expanded Paige’s lifespan in WWE when it comes to how long her initial career trajectory was taking her.

So don’t feel bad about Paige because as much as she might love wrestling and miss it, she’s doing just fine on SmackDown Live as GM and could apparently stick around in one way or another for a while.

But being cleared by WWE probably isn’t likely seeing how she suffered from a neck injury and not a concussion-related issue like with Daniel Bryan.