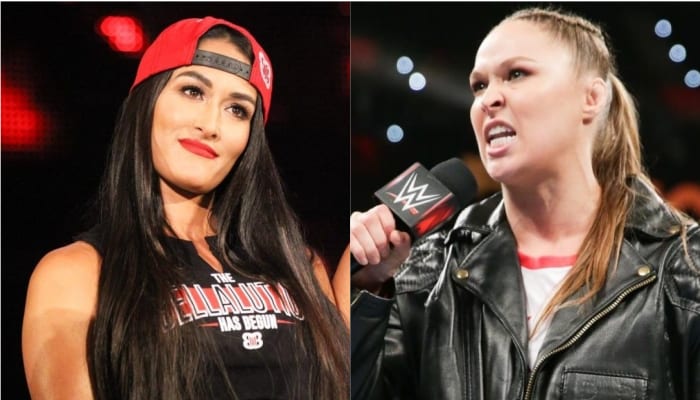 Ronda Rousey walked into WWE Evolution with one goal in mind: To beat Nikki Bella. When all was said and done, Rousey was still the Raw Women’s Champion at the end of the night — but Nikki wants another shot.

While speaking to E! on the People’s Choice Awards Red Carpet, she was asked about her training and how it might have changed to prepare for an opponent like Ronda Rousey. Nikki said her training did change considerably, but quickly transitioned into saying that she wants a rematch against the former UFC fighter.

“I did [change up my training]. It was crazy to get in the ring not only with an Olympic athlete but an Olympic athlete that is just a master of judo and learning that type of training to try and have that defense against it was so incredibly tough. But I still managed to lose, whatever… rematch!”

Only time will tell if WWE will write another feud between Ronda Rousey and the Bella Twins. Some of those promos hit very close to home, especially the ones Rousey wrote herself.

But in the meantime, it looks like Nikki is going to be enjoying life as she moves on to her next project and Rousey continues as Raw Women’s Champion. But you can never put it past WWE to go back to the well for one more Rousey vs Bella rivalry.