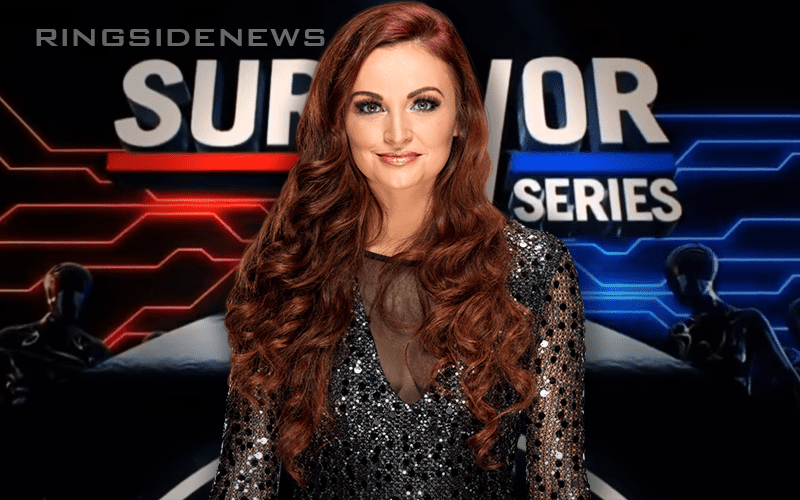 Survivor Series is less than a week away and Maria Kanellis isn’t booked on the show at this point, neither is her hubby Mike Kanellis. The two have a pretty good spot now on 205 LIve, but for some reason, Cruiserweight matches don’t get much of a highlight on WWE pay-per-views. But if Maria was in charge, things would be much different and could be much more interesting as well.

Maria was recently asked during a Twitter Q&A what her dream Survivor Series teams would be for men and women and she had some pretty good choices. For the men, she listed her husband Mike Kanellis first, but that was a given and we’re assuming he’d be the captain too. She rounded out the men’s team by picking Adam Cole, Zack Ryder, TJP, and Tye Dillinger.

For the women, she didn’t pick herself, in fact, she didn’t even pick anyone from the women’s side of the main roster. Instead, Maria Kanellis chose Mia Yim, Chelsea Green, Deonna Purrazzo, Jazzy Gabert, and Kairi Sane. With the question asking what she would do “if you were the General Manager of Raw” it is rather interesting that she went with NXT Superstars instead.

Jazzy isn’t in WWE right not but she was close and hopefully, The Alpha Female be around soon enough since she is cleared to return following the surgery to correct the three herniated discs in her neck that WWE docs found upon her physical.

The men Maria picked might be interesting choices, but the women she decided to go with are quite intriguing as well. Get back at us on one of the many places to do so and let us know what kind of reason Maria might have had to make these choices.