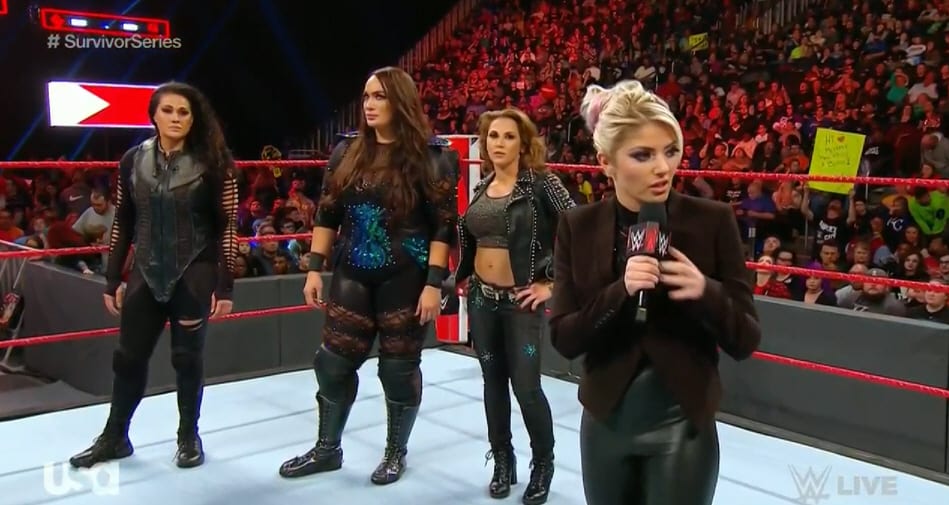 Alexa Bliss hasn’t been able to wrestle recently due to a couple concussions, but she has assured us that she will be back in the ring. But Bliss still has a role at Survivor Series, even if she can’t actually compete.

Bliss is set to be the captain of the Raw Women’s Survivor Series as they face the women of SmackDown Live in a classic 5 on 5 Survivor Series elimination match. Alexa wasn’t talking about who she picked, but she finally revealed her decision during the 3rd hour of Raw.

After cutting a little promo, Bliss announced that she has decided upon Tamina Snuka, Nia Jax, Natalya, Mickie James, and the final spot went to the winner of the next match between Sasha Banks and Bayley.

Bayley and Banks did risk it all but just as Banks locked on a Bank Statement, Tamina, Mickie, and Jax got in the ring and beat them down causing a DQ. Then Alexa Bliss introduced her 5th member who was neither Sasha or Bayley — it was Ruby Riott all along.