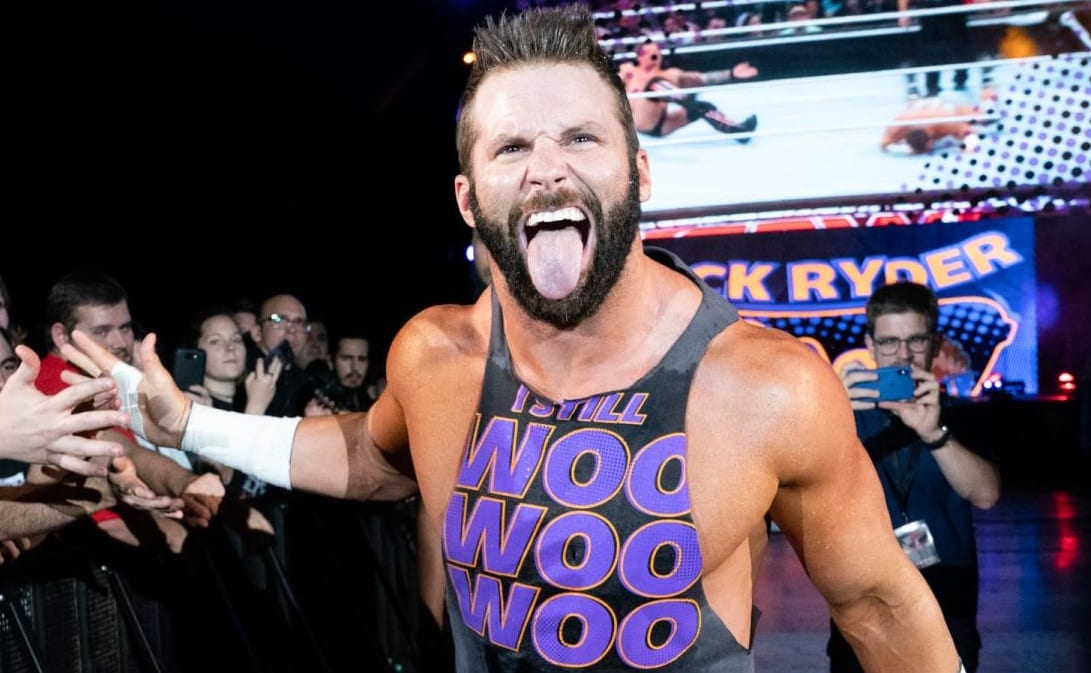 Zack Ryder has traveled the world with WWE but as he and Curt Hawkins recently said on their Major Wrestling Figure podcast, it’s hard for them to remember where they’ve traveled to. After all, WWE does keep them in a constant and pretty hectic touring schedule.

Since they’re constantly on the move as WWE Superstars, especially when they’re on an overseas tour, sometimes it’s hard to remember how each city is set up. When someone asks Curt Hawkins what countries he’s been to, Hawkins just replies: “All of them.” But for Ryder, he not only doesn’t know what to say, but it also brings up one of the biggest regrets he has in his pro wrestling career.

“Like you said on all these tours, they all blend together people ask me like, ‘What countries have you been to?’ I’m like, ‘Uhhh I don’t know.’ That’s one of my biggest regrets in wrestling is not writing down every match like it’s so simple, why didn’t I do it?”

If Ryder was able to keep a pro wrestling diary, he might be able to go back years later and pinpoint when exact events happened or figure out other trends in his career or the pro wrestling business. Jim Cornette has kept an extensive collection of records and other artifacts to help him retell pro wrestling history which he has used for his many books.

But Long Island Iced Z didn’t do this and it’s one of the things he wishes he would have started in the first place. But he can always begin now. He’ll just be missing the first 14 years of his pro wrestling career.