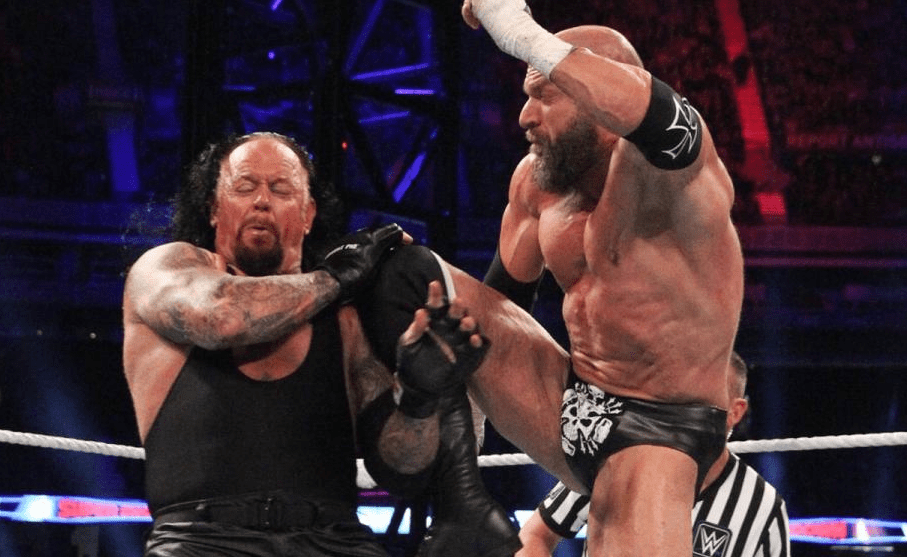 WWE put on a huge show in Melbourne Australia last month which fed directly into WWE Crown Jewel. The big WWE Super Showdown event was headlined by Triple H vs The Undertaker in a match that was promoted as the last time ever, even though they did another tag team match at WWE Crown Jewel.

But watching a singles match between Triple H and The Undertaker in 2018 was kind of hard to take, especially for Lance Storm who spoke on Figure 4 Weekly about the fact that seeing those two aging legends in the ring together made him never want to wrestle again.

“I don’t have the desire or the cardio level in me and to be perfectly honest, it sounds horrible, but I watched the Taker/ Triple H match from Australia and that made me never want to wrestle again”

Triple H was injured in the early moments of the WWE Crown Jewel main event, therefore he might not be wrestling again for a while and could even miss WrestleMania. The Undertaker is another story because he wasn’t injured, but his performance still wasn’t what it would have been a decade ago. But if you ask Lance Storm, seeing those two wrestle for a big cash grab was enough to convince him that he’s officially retired.