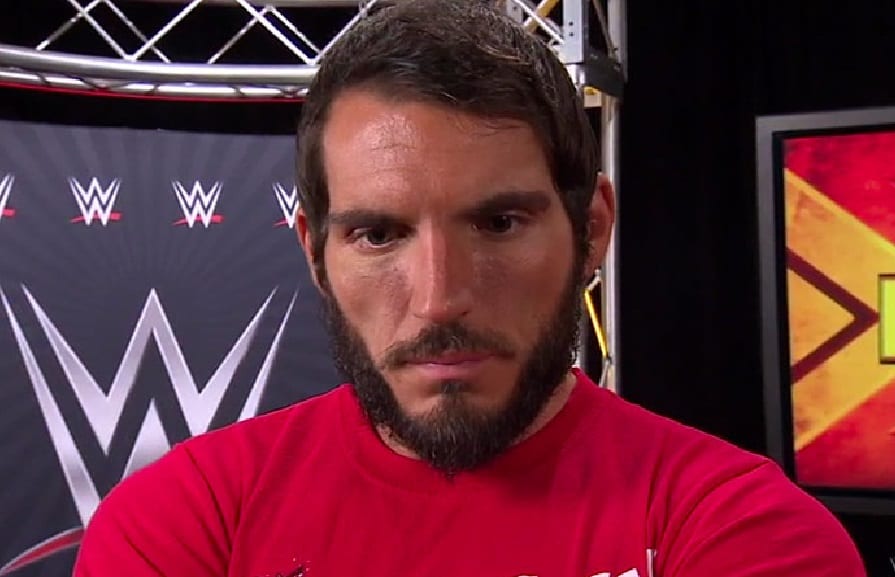 One of the most prominent storylines on NXT over the past few months has been the attack of Aleister Black and the subsequent investigation to confirm who was responsible for the heinous act. Ultimately, it was finally revealed to have been the work of former NXT Tag Team Champion Johnny Gargano.

Gargano has taken to his Twitter account to start sharing the hashtag #JohnnyGarganoDidNothingWrong, which a number of fans have already started to get behind. In fact, Gargano has done multiple comparisons between himself and Black, asking the NXT Universe to consider who the real bad guy is between the two.

Gargano first started this trend as he shared a doctored photo of the Staples Center with the hashtag across the photo. Additionally, this photo also contains two wrestling fans claiming Gargano is their hero.

One week from today..

Gargano would follow this up with yet another doctored photo. This time around, Gargano would go on to claim his hashtag was the most trending topic on Twitter at a billion tweets.

Finally, Gargano would quote a tweet from a fan who brought a sign in support of the Gargano hashtag, telling his followers that a movement has begun.

All of these tweets seem to paint a good picture as to where the direction of his character is going moving forward. He and Black are scheduled to face off at NXT TakeOver: War Games next Saturday, before Survivor Series the day after.

Do you wish to see Gargano complete the heel turn? Do you want him to find his way back into the light? Let us know your thoughts, opinions, and reactions in those comments below.