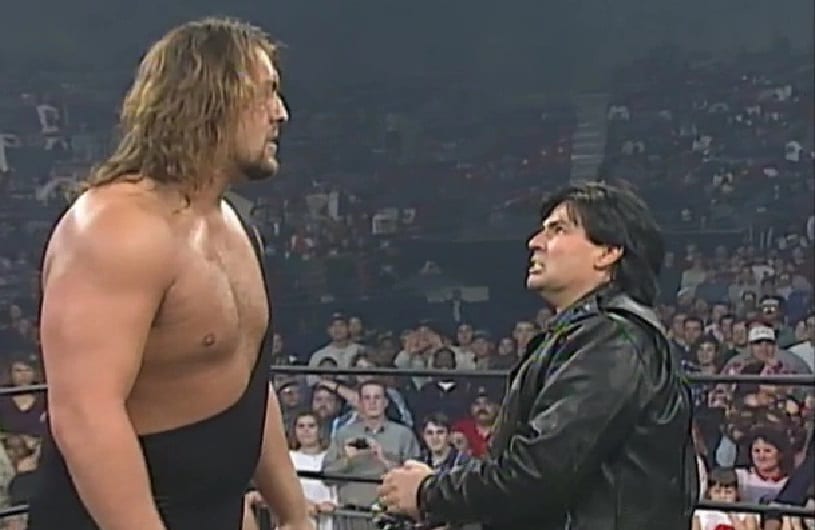 Big Show was once known as The Giant in WCW before he jumped over to WWE and became a legend there. But a lot of people might not realize that Big Show was a heavy smoker for years. In fact, it was one of WWE’s biggest issues when he first signed with them apart from his lack of fitness and tendency to eat truck loads of food.

Eric Bischoff recently discussed The Big Show, or The Giant as he was known as during that time in WCW. There was a very specific segment in mind where Big Show openly smoked a cigarette in the ring which Bischoff explained his reasoning for during 83 Weeks.

“It wasn’t random because Paul smoked like a chimney and that was as much my idea, I don’t think that was part of a group discussion. I was trying to get Paul over. I was trying to figure out what to do with Paul to try and give him a unique character other than being 7’4, 400 pounds or whatever he was.”

“To create this character that is so strong, so powerful, but didn’t really care because he would beat people so easily that he didn’t really have to work at it and was almost loathsome as a result where he was just arrogant and nasty and out of the ordinary just coming to the ring and smoking a cigarette and just crush people. That was my attempt to make him dis-likable, good or bad, clearly bad, I don’t think it is up for a vote, but that was my reasoning behind it.”

“Nobody else was really doing it. I know you are going to throw The Sandman in my face but I wasn’t watching [ECW] back then, so I couldn’t get it on Channel 92 at 3 o’clock in the morning. That didn’t exist in my world. That was really Paul Wight’s personality, but let’s just turn the volume up on this and see if we can make him this big stinky, despicable giant. That was my call.”

You can check out an image of Big Show smoking below as he came out on Nitro as The Giant to see what Bischoff is talking about if you haven’t seen the clip or don’t remember. But he really had some good reasons for this action. Of course, this segment would never fly in 2018 because of the fact that they air anti-smoking (and vaping) commercials all through Raw. But it is another sign of how times have changed in pro wrestling. 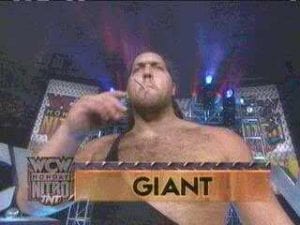