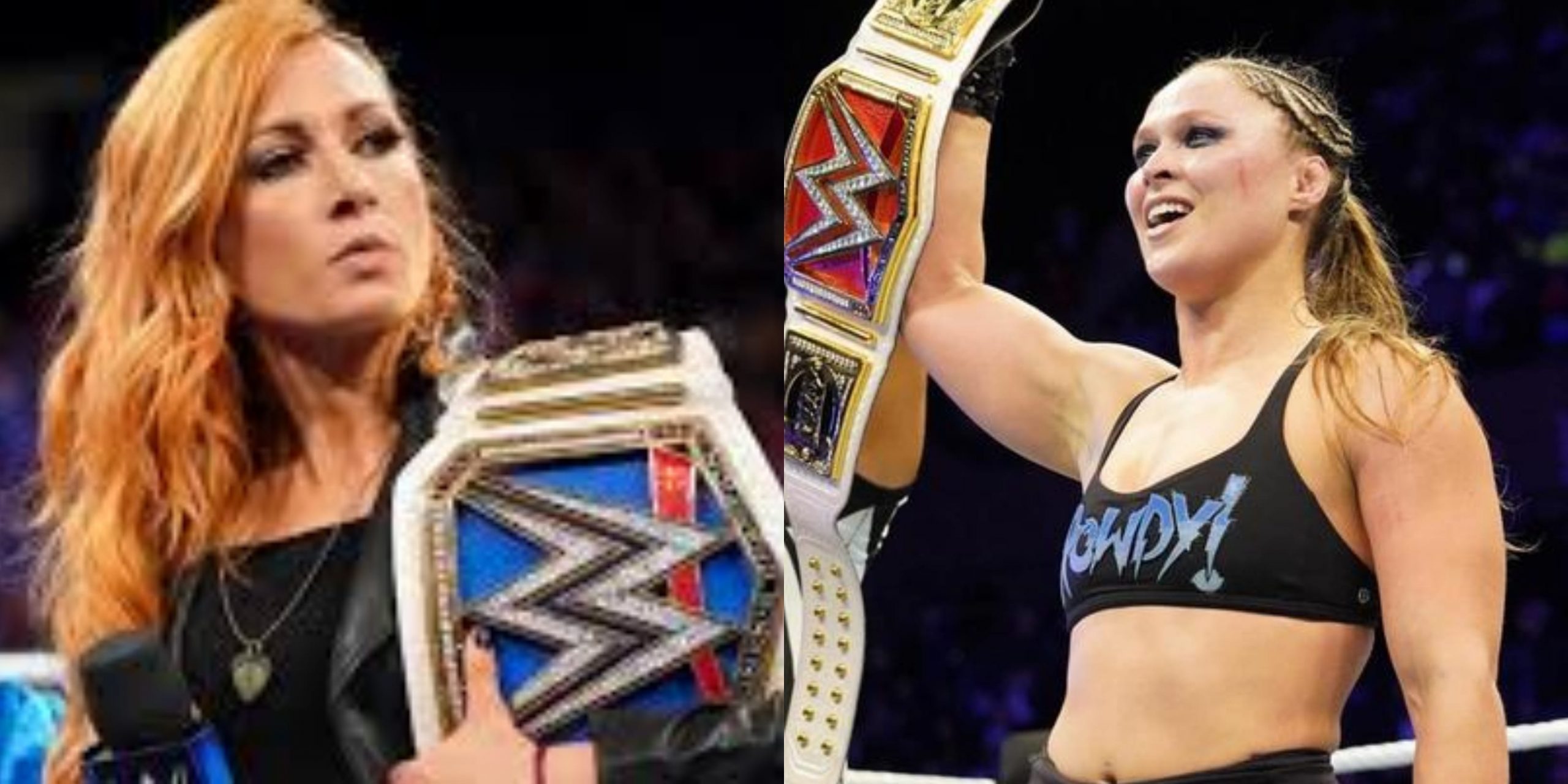 Ronda Rousey and Becky Lynch are set to square off at Survivor Series in a champion vs champion encounter that has a lot of fans paying attention. Not only is Becky Lynch one of the top Superstars in the company, but her journey to the SmackDown Women’s Championship and back again could be the plot for a major motion picture.

As Lynch spoke to The Gorilla Position, she discussed her upcoming match against Ronda Rousey and she doesn’t seem too worried about it. Lynch plans to test Rousey at Survivor Series and give her a challenge, unlike anything she’s been given before in WWE. Because according to Lynch, Rousey isn’t just like a slot machine, but she is also a woman who has experienced quite an easy ride so far in WWE.

“Yeah, Ronda Rousey is sharing the ring with me so the spotlight did grow for her. I’ve said this about Ronda since she came in, I see Ronda like a slot machine, the harder you kick her the more that’s gonna fall out.”

“Here we are, I’m going to make millions of dollars coming out of that pay-per-view as the champ, the only champ. Like I said on SmackDown Live, Ronda hasn’t been tested. Ronda hasn’t been tested, everything has come so easy for her. But when she finally meets The Man at Survivor Series, her body might be strong but her mind is not. Her mind is not.”

“Let’s go back to Super Showdown where I got my jaw cracked and it’s finally starting to come back normal where I’m talking out of both sides of my mouth. But what did I do? I laced my boots up and I was putting on a show in Kentucky on Monday Night right, so that happened on Saturday and Monday I was back to defending my title proving that I am The Man. Then on to Evolution. If she got cracked in the jaw, would the same thing happen? Don’t think so. She’s not able to handle it. She’s not able to handle a beating and that’s what she has something to be scared of, right?”

“Because her whole persona is based on being strong and dominating people and running through them. That’s not how I was built, right? I am not scared of losing and I have been taking a beating my entire life and I’ve come back from it time and time again and that’s where Ronda has to be scared.”

Becky Lynch said she’s not afraid of losing because she’s tasted defeat before. But Ronda Rousey might present a different challenge for Lynch. It looks like this match could be straight fire and if I were a betting man it’s probably going to steal the show.