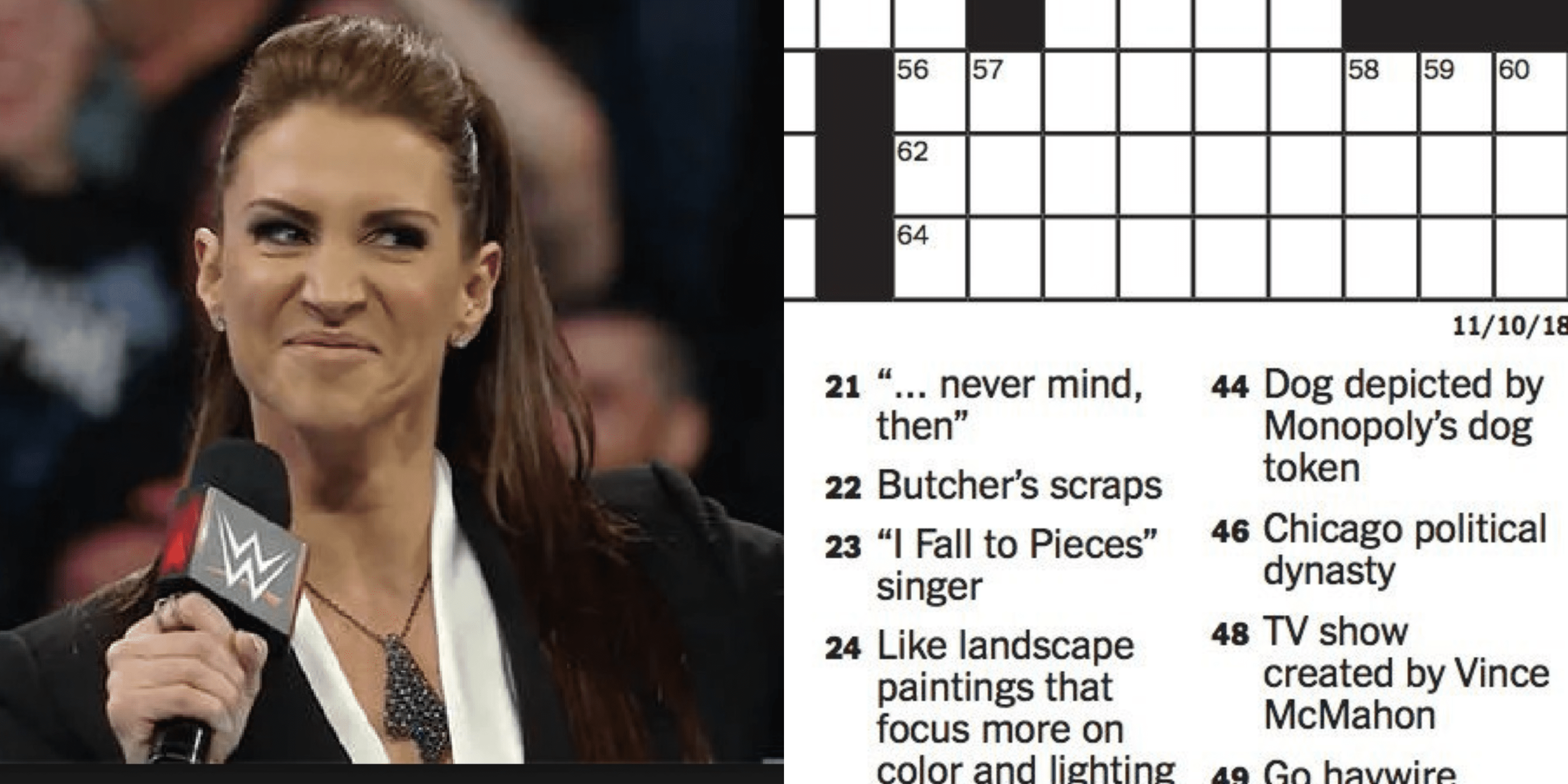 WWE has had plenty of historic moments in the company’s history and they keep making new milestones like with the recent first-ever all-female pay-per-view WWE Evolution. But apparently, when the New York Times mentioned her father Vince McMahon in their crossword puzzle, Stephanie McMahon said WWE has finally arrived.

“WWE RAW has finally arrived!  Very cool to see 48 down in today’s New York Times crossword!” Stephanie tweeted out along with a picture of today’s puzzle.

As you can see, 48 down’s hint is “TV show created by Vince McMahon.” If you’re wondering what show he created that has 6 letters then you’re thinking too hard because the answer is “WWE Raw.” Our apologies for anyone who we just spoiled the crossword New York Times crossword puzzle for.

Of course, she’s probably joking because WWE has done a lot to be proud of and they arrived a long time ago. But it still didn’t make Stephanie McMahon any less excited to see her father’s name featured in a hint for the famous crossword puzzle.