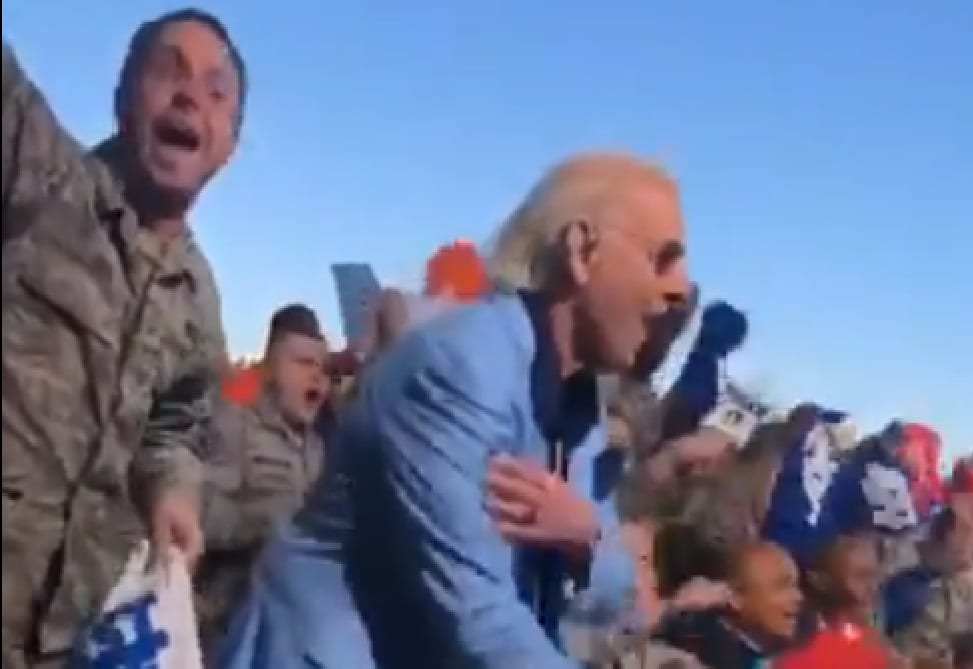 Ric Flair’s name is known around the world no matter who you are. It’s almost impossible to meet someone who doesn’t know who Flair is, wrestling fan or not. This goes especially for members of the US military.

ESPN’s First Take recently visited the Luke Air Force Base in Arizona and The Nature Boy joined them for the fun. Obviously, the crowd was more than excited to see Ric Flair Style and Profile in front of them

The two-time WWE Hall Of Famer thanked the First Take team and all of the members of the military he met for an incredible day. As you can see, Flair had a wonderful time being his legendary self.

It’s great to see Flair in great health as he puts that scary ordeal from last year behind him. We can’t wait to see where he’ll pop up next. Woooo!

That drip though @RicFlairNatrBoy? 💧 pic.twitter.com/sXRQ6tpi6E

Thank You @FirstTake And All The Military At Luke Air Force Base For An INCREDIBLE DAY!! Much Respect! pic.twitter.com/xJItfhtwux