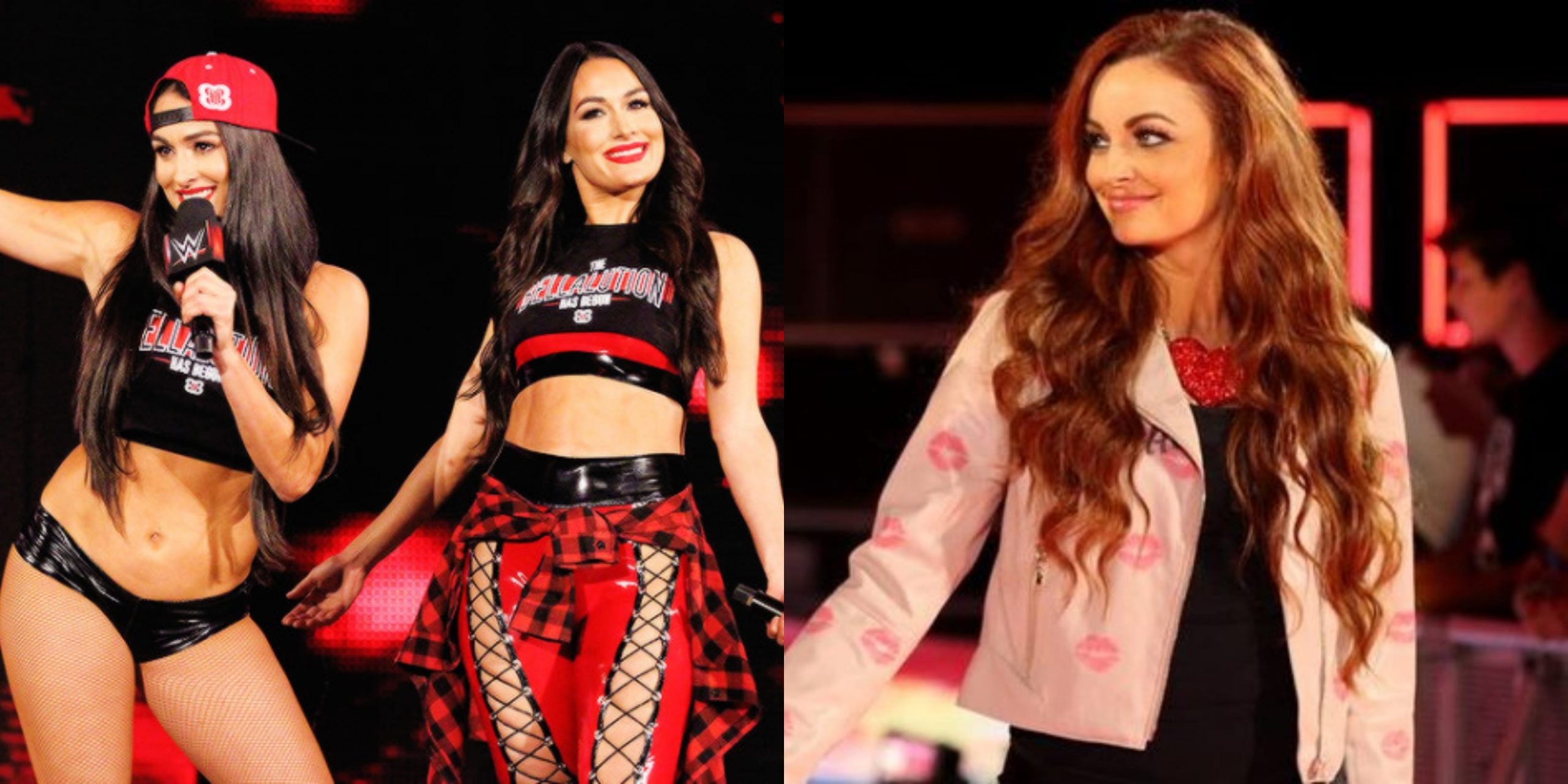 WWE’s locker room is full of a diverse roster of talent, some of whom might have known each other during previous runs with the company. The legend is that Maria Kanellis was upset at The Bella Twins for supposedly blocking her from coming to WWE. But Maria recently set the record straight on that matter.

One fan wrote to Kanellis during a Twitter Q&A: “Why are you still salty about The Bellas supposedly ‘blocking’ you from a contract 5 years ago?” It didn’t take Maria long to respond at all.

She stated that she works for WWE now and has no idea what this person is walking about. She went on to say how loves Twin Magic now and talks to “The Twins” all the time and at 14 years in the business, Maria is talking about her baby. Although she must admit that when Nikki and Brie recreated the Shining on The Tonight Show, it was kind of creepy.

Whether the feud actually happened or not, it has to be ancient history. If anything, Maria’s response shows her veteran know-how of how to shut down a difficult question because she went straight at it.

Don’t know what you are talking about. I work for WWE now. Past is prolong. I’m on chapter 14 years. Me and the Twins talk babies now. Love me some twin magic. But that Jimmy Fallon thing was freaky.👯‍♀️ https://t.co/wJxfUfQXDF