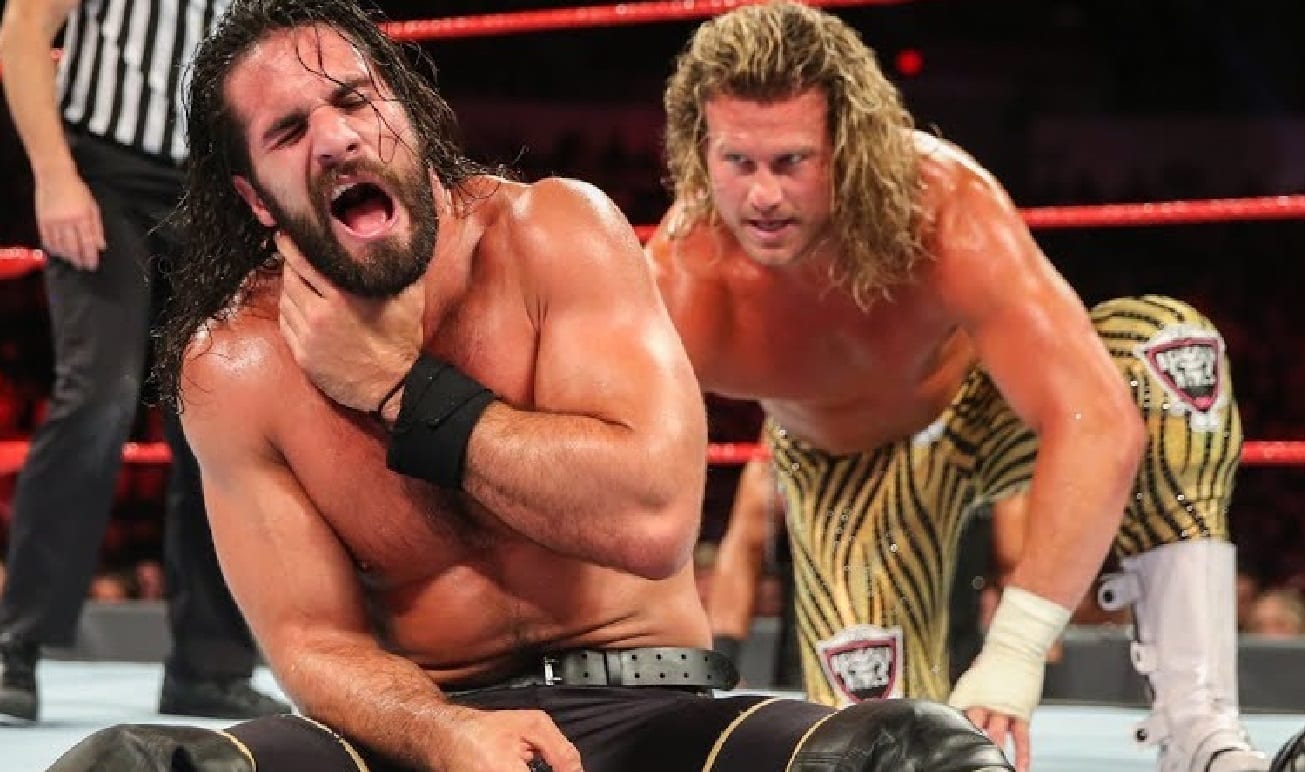 Seth Rollins has impressed a ton of fans and critics since arriving in WWE. Even before becoming the first-ever NXT Champion, Rollins had a huge following as Tyler Black. Dolph Ziggler never met Tyler Black on the indies, but the two have certainly shared the squared circle in WWE more than a few times.

Ziggler recently spoke to Chuck Carroll of CBS Local Sports where he praised Seth Rollins for being one of those guys who he can get in the ring with and perform with every single time. He also took his praise a step farther by saying that Rollins will be one of the best to ever lace up his boots.

“So, the both of us, you have to know we are both draining our brains to go, ‘How can this be the best thing anyone has ever seen in any company, any year, any WrestleMania, any SummerSlam?’ We want to go out and outdo the other one, and that’s what makes good wrestling.”

Only time will tell how far Seth Rollins’ star will rise in WWE. After all, his career isn’t over yet by any means. But as he continues telling the stories on television, it’s important to realize how much effort he is putting in behind-the-scenes to make sure that he’s considered one of the best every time the bell rings.