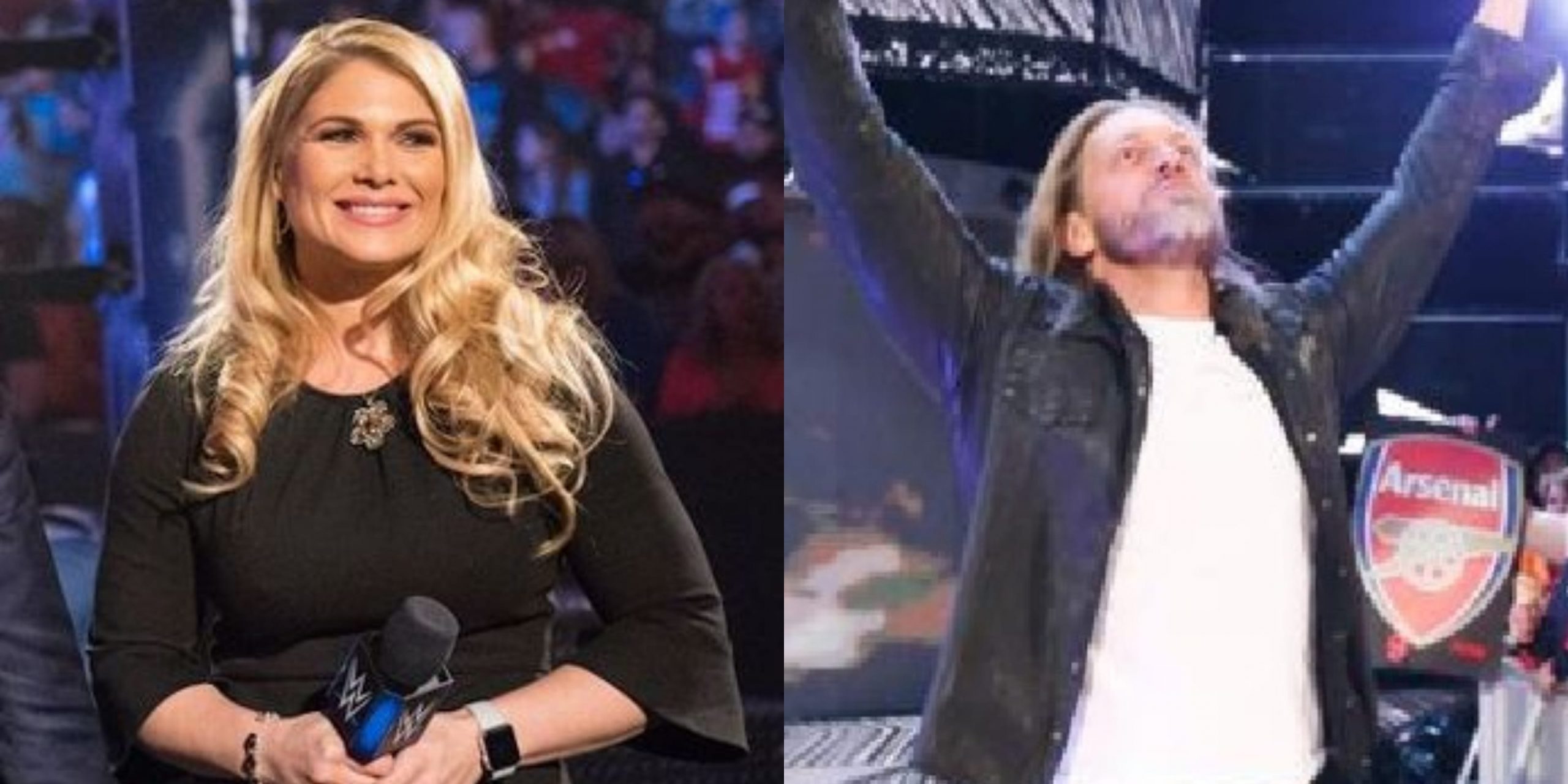 When someone doesn’t seem to age for years it often dismissed that they have found the fountain of youth, because that doesn’t exist. So people usually just ask, “good genes or good doc?” But for Edge, he could be a vampire.

No, Edge is not a real vampire, nor did he play one on television. Gangrel was the vampire. Edge and Christian were just goth rock star characters like something pulled out of the Blade movie.

Edge has been around the pro wrestling business for quite some time, and apparently since he hasn’t aged it has risen some suspicion that he could be in fact, a Vampire, at least his wife seems to think so. Upon a recent visit to do a Q&A for Inside The Ropes, Edge snapped a picture with a happy fan and his wife couldn’t help but crack a joke about how great her husband looks.

Beth Phoenix, Edge’s WWE Hall Of Famer wife commented saying: “Great pic! Also…DNA is not in yet on whether or not Edge is actually a vampire with the gift/curse of immortality. #WhyDontYouAge”

If I were a betting man, zero dollars would be laid down on odds that Edge is actually a vampire, but the years have really been kind to the Rated R Superstar.

had pleasure of meeting & chatting to @EdgeRatedR in belfast. hes such a nice guy to meet. cheers 2 @Inside_TheRopes for this chance @TheBethPhoenix pic.twitter.com/zOgox7viAJ

Great pic! Also…DNA is not in yet on whether or not @EdgeRatedR is actually a vampire with the gift/curse of immortality. #WhyDontYouAge https://t.co/IFcXHj1WbN