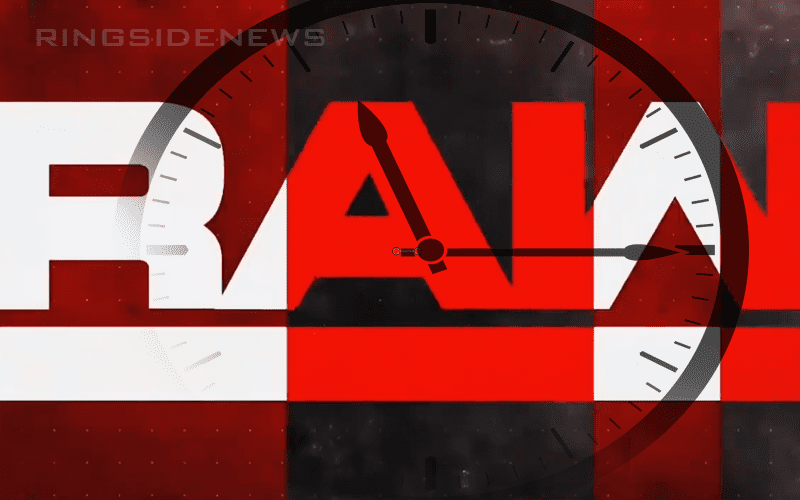 WWE’s Raw show will end at 11:00 pm sharp this week and it will be that way from this point on. WWE initially started using this overrun after 11:00 pm which usually lasts from 4-15 minutes as a strategy to beat WCW Nitro during the Monda Night Wars. But they continued it on even after stretching the actual show to 3 hours.

Bryan Alvarez noted on Wrestling Observer Live that WWE might have finally decided to 86 the overrun because they are trying to draw people into their 3rd hour and possible use an overrun ratings spike to have those people tune in sooner.

“A lot of people probably give up on Raw in the 3rd hour and there probably is a bump for the overrun where people come back to find out what’s happening at the end of the show. That I’m sure is great but then they go to what’s on USA Network next and I’m sure those people don’t stick around.”

“My theory about is they figure that, ‘If we get rid of this overrun everybody will know you’ve got to watch in the 3rd hour to find out what’s going on at the end of the show and that will help bump up the 3rd-hour rating. That’s the only thing I can figure.”

“There hasn’t been a reason for a Raw overrun in I don’t know how long, like 18 years […] Once Nitro ended, what’s the point of going long? There is no point in going long.”

Only time will tell if this strategy will be a success. After all, WWE has tried a lot of different strategies to get viewers. But hopefully, it will make a difference and then Raw could possibly become a better and tighter show overall thanks to nixing the overrun.