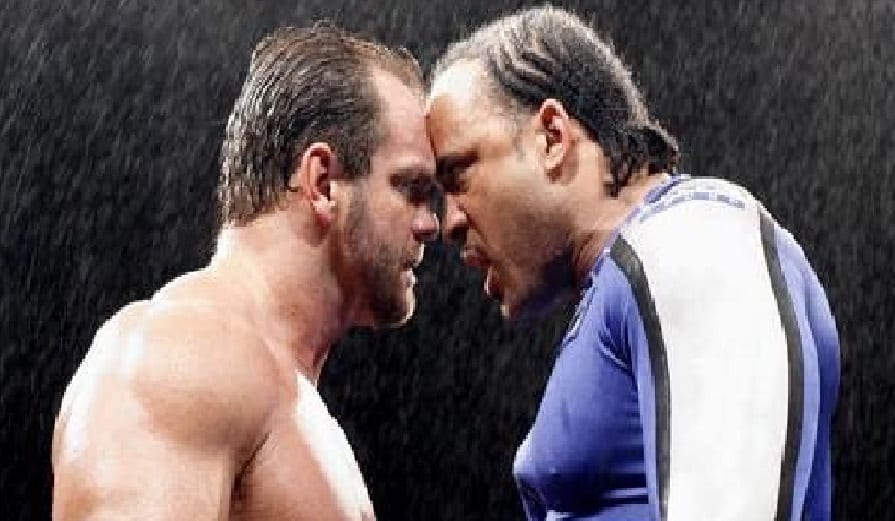 Chris Benoit will likely never be in the WWE Hall Of Fame. But, he was able to do a lot in the pro wrestling business and help so many people out before the tragic events of his death.

MVP recently spoke to Why It Ended where he talked about his WWE career in detail. During that discussion, it came out that one of his first feuds was against Benoit and it went on to really help prove that MVP wasn’t just a guy who could play the part of a cowardly heel — because he could wrestle too.

“My sh*t with Benoit it put me on the map because all of a sudden they were like, ‘F*ck we didn’t know you could do that. With Kane they always had me running away from him, being scared but with Benoit, because he was a friend and mentor back in my indie days, he knew what I could do.”

“So when they put me in a feud with Benoit all of a sudden people found out. ‘Oh sh*t, MVP can really wrestle. Like he can go.’ Yeah dude, I can go. After our first WrestleMania match, I came back through the curtain and we’re just celebrating and people are giving me high 5s and congratulating me and Stephanie [McMahon] and goes, ‘Wow, that was amazing! Who knew you could do that?!'”

“Chris Benoit in his typical deadpan Chris-fashion just stepped in front of me and looked at her and said: ‘I did.'”

MVP said that Benoit pulled for this program asking Johnny Ace if they could have 30 minutes on house shows and this request was granted. They also rode together a lot too which only helped with their chemistry in the ring.

Nothing can forgive what Benoit did when he murdered his wife and child before killing himself, but it’s hard to ignore the impression he made on the pro wrestling business. MVP owes a lot to Chris Benoit and if I were a betting man, it’s safe to say that he’ll never forget getting that important vote of confidence from The Crippler.