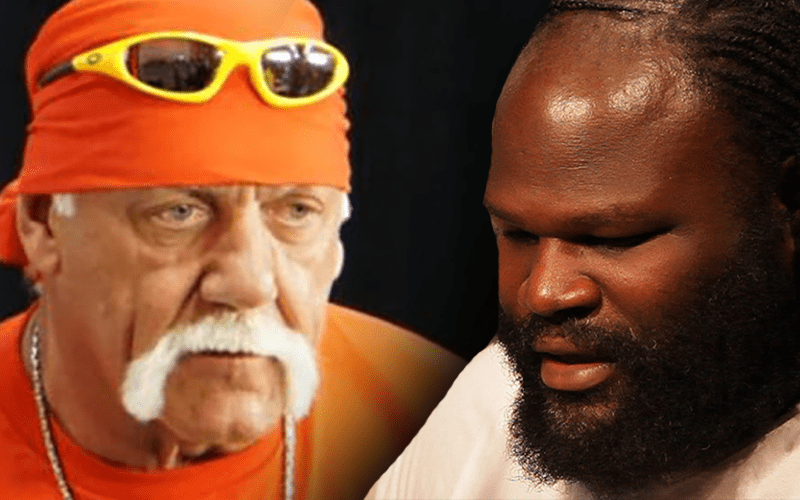 Mark Henry recently spoke with Heavy regarding Hulk Hogan’s return at WWE Crown Jewel and Hogan’s racism scandal. Below are a few highlights from the interview.

Not being completely on board with Hogan’s apology: “I wasn’t going to roll out the red carpet and start going to have dinner with him if he wasn’t willing to do all the s**t that I said he needed to do.”

What he’s told Hogan that he needs to do: “To start, he needs to go to some of these black universities, to these law students and let them grill him and own it and apologize. Not because you got caught, but apologize because you honestly feel remorse. He said that he found God and he touched my heart when he said that, because I know what God will do, so if God touched him, God will also say speak up, and when you reveal your past, you can go on in the future and I still don’t think he’s still completely revealed it.”

His conversations with other wrestlers of color about Hogan: “There’s been a mixed bag on how to resolve it. I’ve had people being like, ‘To hell with him’ and I’ve had people going, ‘You know what, if he do this and he do that, okay.’ It’s up to him. It’s not up to me.”