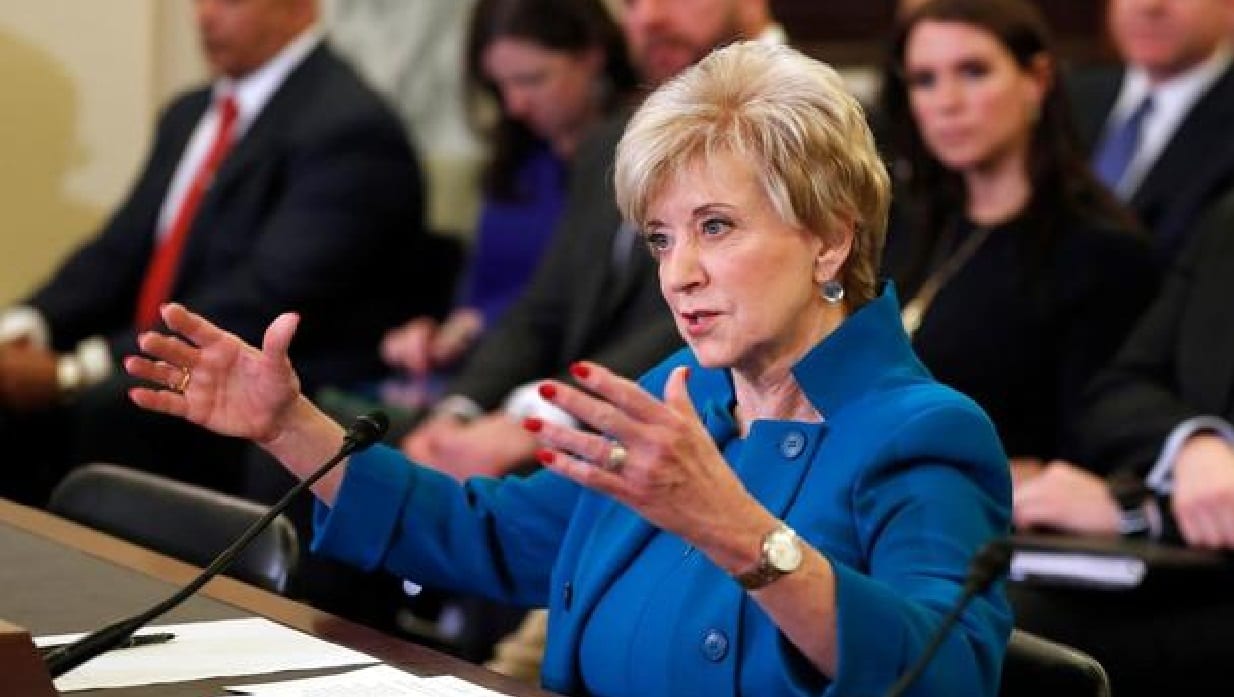 WWE is a billion-dollar company and they started from the ground up in a manner of speaking. Therefore, after a couple of unsuccessful attempts at getting elected into a public office, Linda McMahon was placed as the head of the small business association in President Donald Trump’s administration. Of course, the fact that the McMahons and Trump are very friendly didn’t hurt either.

Now it looks like Linda could be in line for an even bigger promotion within the US government. After all, things seem to be shifting in the Trump administration which could find McMahon in a favorable position for a greater role in government.

Politico is reporting that Linda is currently a leading contender to replace current Secretary Of Commerce Wilbur Ross if he is moved out of the position. In the article from Politico it is stated:

“Whether Ross stays or goes will depend on the extent to which newly empowered Democrats in the House decide to probe the Commerce secretary’s finances and questions about his divestment of assets, a White House official said. If Democrats decide to press those issues, Ross could have a harder time staying.”

This is a very interesting situation and although nothing is concrete at this point, it does show Linda McMahon’s position in the current administration as a strong one.

Only time will tell how this situation develops, but it could mean even more power in the McMahon Family very soon.