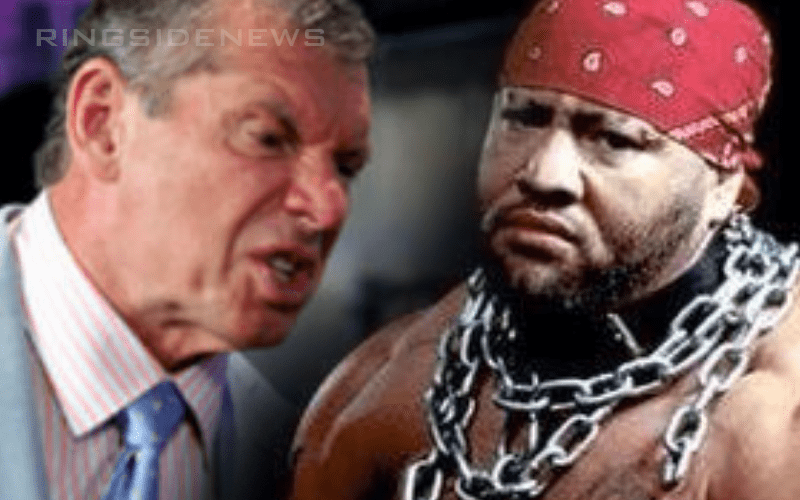 While appearing on Duke Loves Rasslin Podcast, Former WWE and ECW Superstar Rodney Mack discussed many topics. Below are a few highlights from the interview that were sent in.

Hulk Hogan being Re-instated into the WWE Hall of Fame: “It goes to show you racism hasn’t gone anywhere. All they did is give him a tap on the wrist to make it look good in the eyes in the public. You know man that s–t ain’t changed. It never did and never will.”

Stephanie McMahon: “I’m not going to say I’m the greatest thing since sliced bread, but I know I was a lot better than a bunch of those guys that are still getting paid. Jazz and I were loved by everybody. Stephanie McMahon pulled Me and Jazz off to the side for a special little talk and said Jazz was the most believable person on the roster and so was I and we were good people that would have a job for life. She said all that bulls–t yet three weeks later we were fired!”

How wrestlers of color are used in WWE: “Every time you have a person of color that’s good they don’t give them a chance to show who he or she is and instead stereotype them. Either their pants are sagging down with one leg rolled up, talking s–t from the street like they’re uneducated or the other extreme where they got motherf–kers throwing pancakes and their face all painted up.”