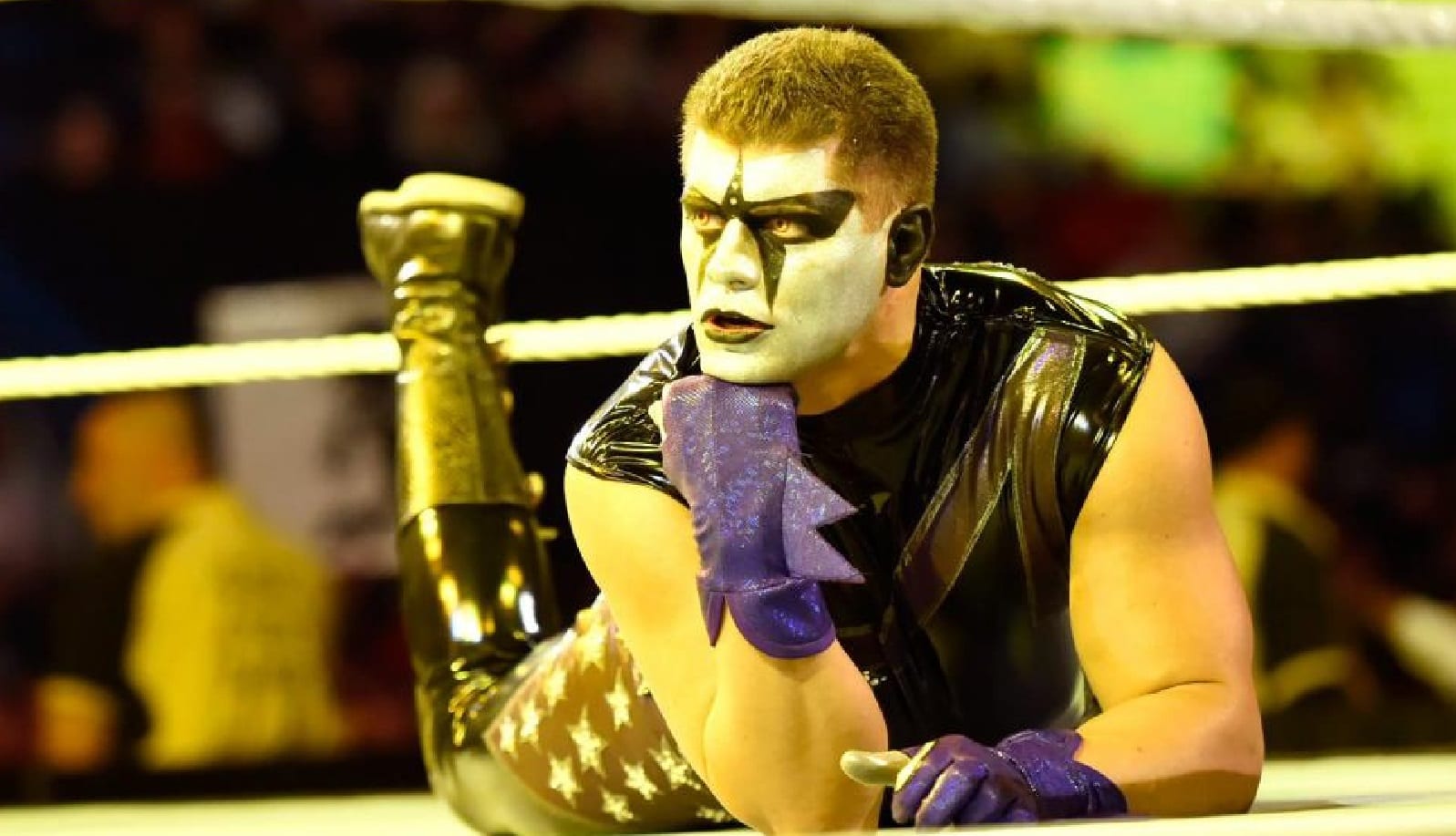 Before Cody Rhodes took off from WWE he was running around hissing like a cat and dressed in a skintight suit looking like a being from another world. He was known as Stardust and he was a favorite of some, but Cody was miserable and obviously, things have turned out better for him after he took a bet on himself.

During an episode of Talk Is Jericho recorded on the Chris Jericho cruise, Cody revealed how an outburst from Stephanie McMahon actually let to this crazy character’s birth.

“Oh man, [Stardust was pitched] just in the worst way ever. We had a fun little run. We never wanted to team together, but when we did, it was successful. And we did stuff with The Shield and have [Big] Show involved. We did dad’s last stand there in Buffalo and all that, so we found a lot of love and bond. When we’ve been together for a little while as a team, there is something cool about teaming with your brother. There’s a very real dynamic and a protective element to it, but I think they just thought it was getting a little stale, so God bless her, Stephanie McMahon, just randomly blurted out in gorilla [position], ‘why don’t you paint your face like your brother?’ And I’m looking, like, ‘ah…’ just trying to get out of the curtain, just trying to get out of the curtain, and then I saw the old man, I saw Vince just [imitating Vince], ‘yes!’ And he came out of gorilla, headset off, and he gave me the creative services guys’ info. Creative services is like a defunct brand.”

If Cody Rhodes ever considered a return to WWE, only time will tell if they will be able to convince him to paint his face again and run around like a crazy person. It looked like he was having as much fun with it as possible, but it’s probably safer to say his name has too much drawing power to go back at this point.