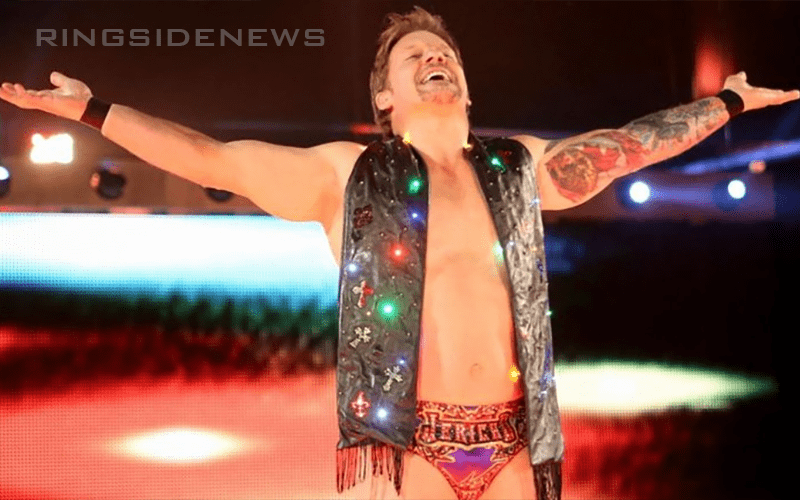 Dave Meltzer reported in the latest issue of The Wrestling Observer Newsletter that WWE paid Chris Jericho $100,000 for a one-time appearance at The Greatest Royal Rumble event in Saudi Arabia this past April.

While speaking to The Mirror earlier this year, Jericho hinted a huge payday for the appearance at The Greatest Royal Rumble.

“It was cool man. It was a long trip for a short period of time – I think I was in the Rumble match for four minutes or something like that,” Jericho said. “I know they must have been paid a whole lot of money, just by proxy of what I was paid ha ha. I was like ‘oh my gosh, really, you’re going to pay me that to do this? How much are you guys making?’ I always say I don’t do things for money but once in a while opportunities come up where you’re crazy if you don’t do it. It was a quick trip, I don’t remember much about it, because we arrived there, three in the afternoon one day and the next day we’re at the stadium at nine in the morning and we get back to the hotel at one in the morning and we’re gone at 5am. So you’re really quickly in and out. Did I get a chance to do much other than sit in my room and try and get as much sleep as I could and sit in the backstage of a dusty old stadium? No I didn’t. Ha ha. That’s about all I saw.”

Jericho, who did not return to Saudi Arabia for WWE Crown Jewel, mentioned to Inside the Ropes earlier this month that WWE would have to pay him triple what he mad at The Greatest Royal Rumble to appear again for Crown Jewel after he found out how much they were paid for the event.

“Now what I know how much money they made from it, they’re going to have to pay me triple what they paid.”