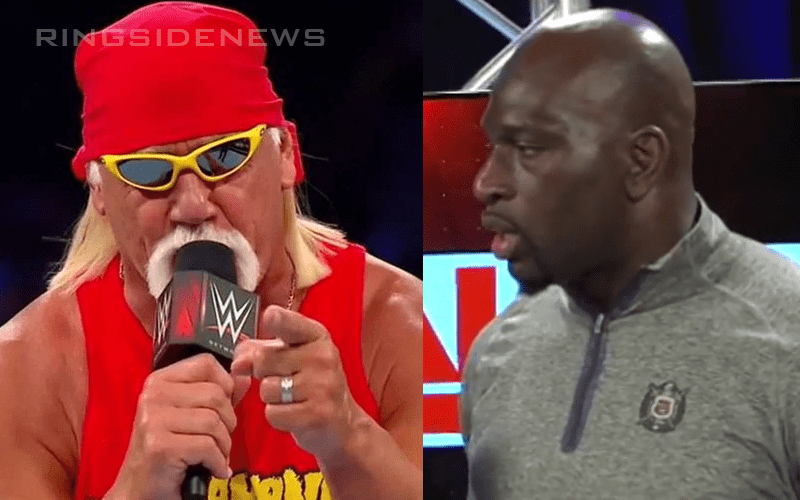 Titus O’Neil, who reportedly stormed out of a meeting when Hulk Hogan returned to the company a few months back, spoke about Hulk Hogan’s return to WWE Crown Jewel with Sky Sports and indicated that he isn’t bitter about The Hulkster’s return at the event.

“It’s not my decision who goes where, I support whatever decision the company goes with. But at the same time we are all independent thinkers; I have no ill will towards Hulk Hogan whatsoever.”

“At the end of the day we’re all entertainers, we’re not politicians, we’re not advocates for one thing or another unless we choose to be and there’s not been one entertainer in the history of WWE who has been at a higher level of WWE than Hulk Hogan.

“Him going over to Saudi Arabia was a decision that was made solely on the basis of being entertaining and I know the princes and the fans over there ate it up.

“They wanted him over there before too and it was good for the fans there to see him and for him to get that rush of the crowd.”

Titus closed out the interview by saying that he would be open to having a dialogue with The Hulkster or anybody regarding any topic.

“Yeah, I would definitely welcome a conversation with him. I like I said, I don’t have any ill will towards him or anybody and I’m always open for an open dialogue with anyone on any topic.”