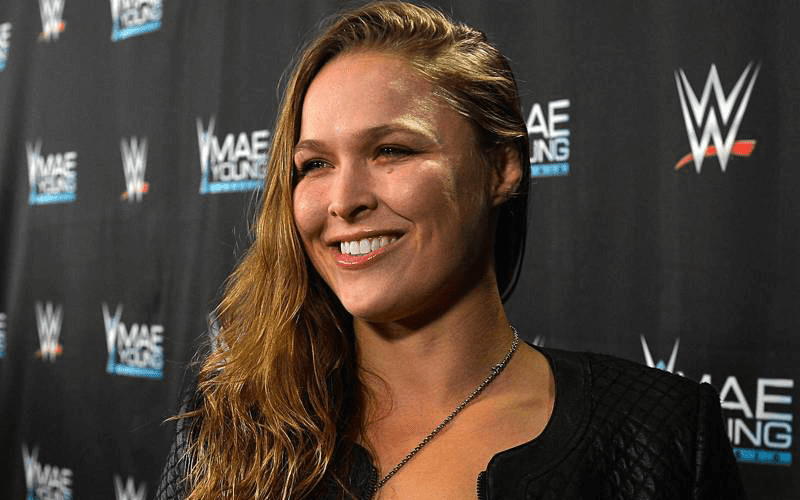 RAW Women’s Champion Ronda Rousey was recently interviewed by Al Castle and Dan Murphy of the PWI Podcast, where she addressed many of her desires moving forward as it pertains to the women in WWE, now that the company has had the first-ever all-women’s PPV in Evolution late last month.

To begin with, Rousey tackled the idea of the women main eventing WrestleMania. This certainly isn’t a new desire for Rousey or women, who have asked for this match for the past few years. What is most notable here is that Rousey doesn’t seem to care if she is the one main eventing- and even acknowledges she may not understand the intricacies behind the decisions for WrestleMania matches.

Rousey would go on to reveal Sasha Banks as being her dream wrestling opponent- though she doesn’t feel she has enough experience to give “The Boss” a memorable bout.

“I would really love to wrestle Sasha Banks. I think I’ve just been so impressed watching her work, and see her in the back, and see her work. And I was already a fan of her’s before. I think that we would be able to make something great together and I think she has given a lot of women their best matches ever. But I almost feel like I’m not at the right level yet for her. I really think that we could make something really special and really great, but I don’t know that I’m at the level that’s ready for that yet and I don’t know if the company would ever like that, but in a perfect world, I would definitely love that for sure.”

Finally, Rousey expresses her opinion that men and women should have an equal amount of matches on every card. 50% of the matches would go to the men and the other 50% to the women.

“I would just like to see women represent 50% of the roster and 50% of every card. I don’t think that’s too unreasonable. I think that’s a far way down the line, but I think it’s a good goal to pursue.”

Would a match between Rousey and Banks interest you? What percentage of each card should be women’s matches, in your opinion? Let us know your thoughts, opinions, and reactions in those comments below.