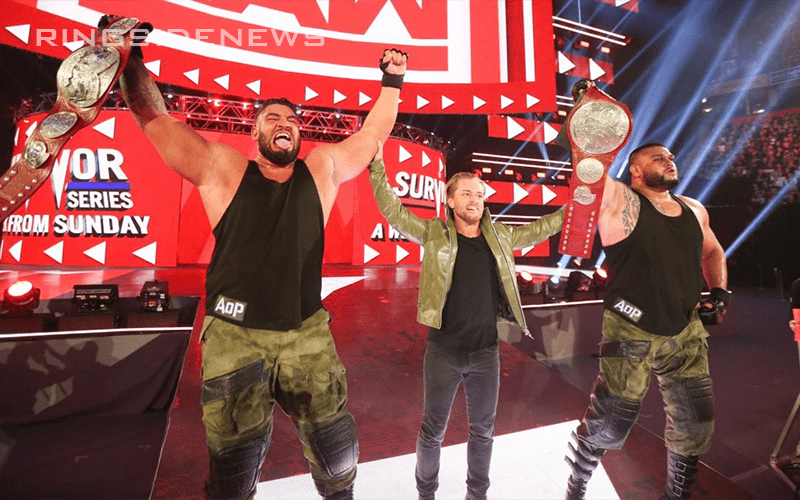 AOP walked out of Raw in Manchester this week as Raw Tag Team Champions after they took on Seth Rollins in a handicap match. Although Rollins did his best to save his own heat — there was no way he could win against AOP.

Logically, AOP is going to hold their titles through Survivor Series as they are booked to take on SmackDown Tag Team Champions The Bar at the big LA event, but it turns out WWE might have made their decision based on another future rivalry they want to see.

Our sources have told us that AOP picked up the Raw Tag Team Titles this week because management wants to place them in a feud with The Revival.

Only time will tell if WWE Creative will decide on another direction, but The Revival has been toiling away for a bit on the main roster and they have had planned pushed but injuries got in the way. Hopefully, things will change for them and a Raw Tag Team Title program might really help them turn things around, even if they don’t come out on top.