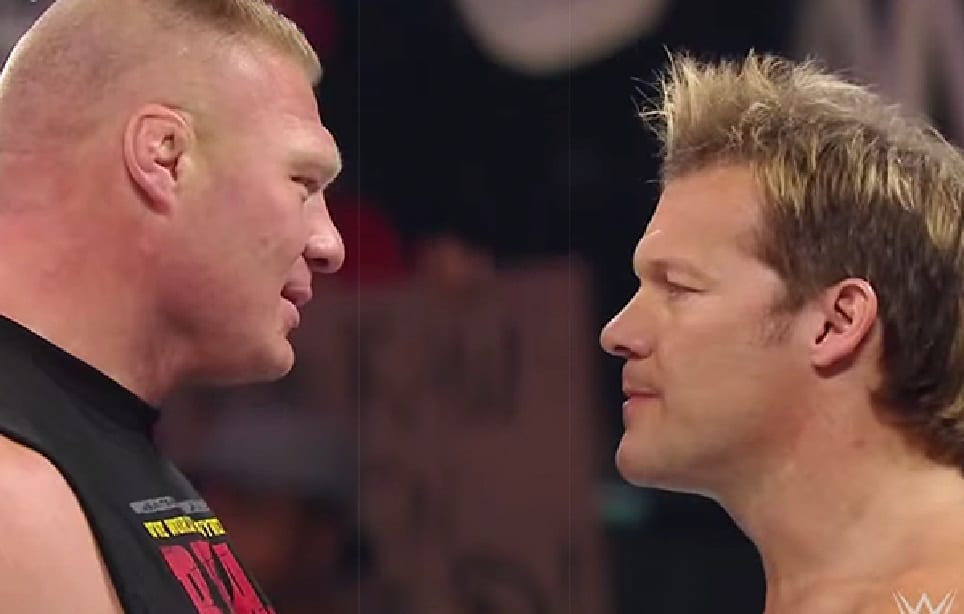 Chris Jericho is a man who wears many hats and all of them fit him very well. He is not only a pro wrestler, but he is also a rock star, cruise promoter, and podcaster. All of these jobs have a common thread of entertainment, but it turns out there is a limit to what Jericho is willing to do.

One fan sent out a tweet because he was trying to get Brock Lesnar booked on as many podcasts as possible. This idea might seem interesting for some because we rarely hear him talk because that’s why he has Paul Heyman around. But it doesn’t seem like Jericho is biting.

“Not interested,” Y2J tweeted back at the tweet rejecting The Beast Incarnate as a guest of his in the process. It seems like the current IWGP Intercontinental Champion doesn’t want to give the current WWE Universal Champion a chance to speak his mind.

Whether it could be interesting or not, Jericho isn’t interested and since Talk Is Jericho is his podcast, it doesn’t sound like Lesnar is going to be appearing on his show no matter how much fans might like the idea.