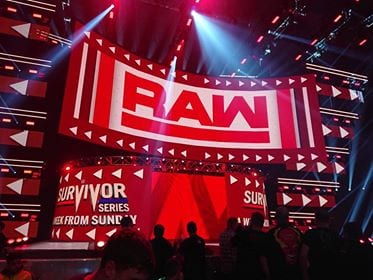 WWE Crown Jewel took place in Saudi Arabia in spite of plenty of people wishing that WWE would change the event’s location. But they didn’t and now the WWE Universe is reacting the only way they can at a live event — they’re booing like crazy.

One reader sent us word who is in Manchester for Raw that the mention of WWE Crown Jewel got incredible heat. Just playing a highlight video package made the crowd boo like crazy. Needless to say, they aren’t happy about WWE Crown Jewel even in the UK.

This controversy is pretty much the same in America, but it could be worse in the UK. After all, rumors were that WWE had the option of simply moving the Crown Jewel event to Manchester — but the same Saudi money wasn’t there.

As you can see, this is indeed happening at Raw and it very well might continue to take place as long as WWE keeps plugging their relationship with the Kingdom Of Saudi Arabia.