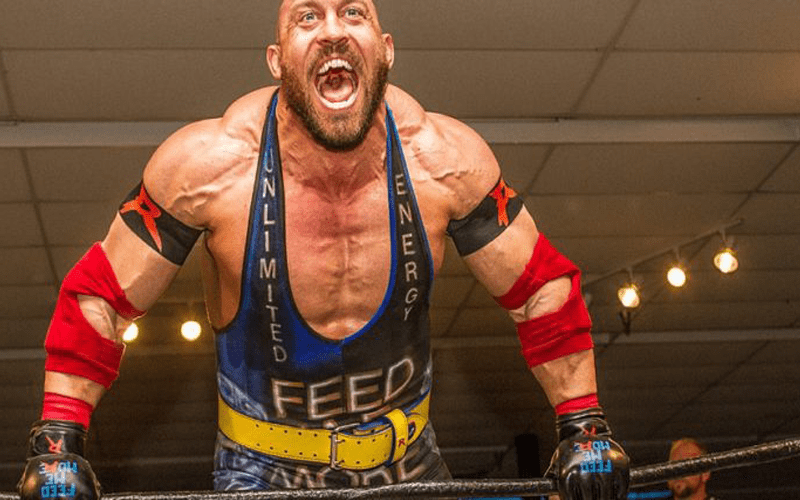 Austin Aries made headlines during his feud with Johnny Impact over the Impact World Championship when he referred to Impact’s wife as ‘husky’ and had a very homophobic tone to his tweets on Impact. This offended a lot of people and ultimately led to Aries deleting the tweet, though the damage had been done.

If I joked race, retards, your gay look…if I fat shamed your husky wife, INSTANT OUTRAGE!!

But you can predictably cut on me over my height, genetics I don’t control, and it’s just FUNNY!”

So how is Ryback involved in this? Twitter user @Darksyde316 took to Twitter to ask “The Big Guy” what his opinion is on gay men enjoying his body, given what Aries had said on Twitter.

Ryback would respond to that tweet, providing his support for the LGBTQ+ community and showcasing his own stance on the matter- a massive difference to what Aries had said in regards to Impact.

Wank away brother! #BlockTheHate and no hate from The Big Guy https://t.co/mvxcZIo7da

The tweet has already started gaining traction, with the replies seemingly all positive towards what Ryback had to say- many thanking the wrestler for being so open about a subject most wrestlers don’t seem to touch on.

There's a lot to digest here but my first impression is…..this was a nice thing to say.

Good on ya big guy.

As it pertains to Aries, it remains to be seen what the former Impact World Champion does moving forward. We recently reported that he is likely suffering from a concussion, and Impact is said to be hoping he’ll be back to work with them again.

What are your thoughts, opinions, and reactions to this? Let us know in those comments below.