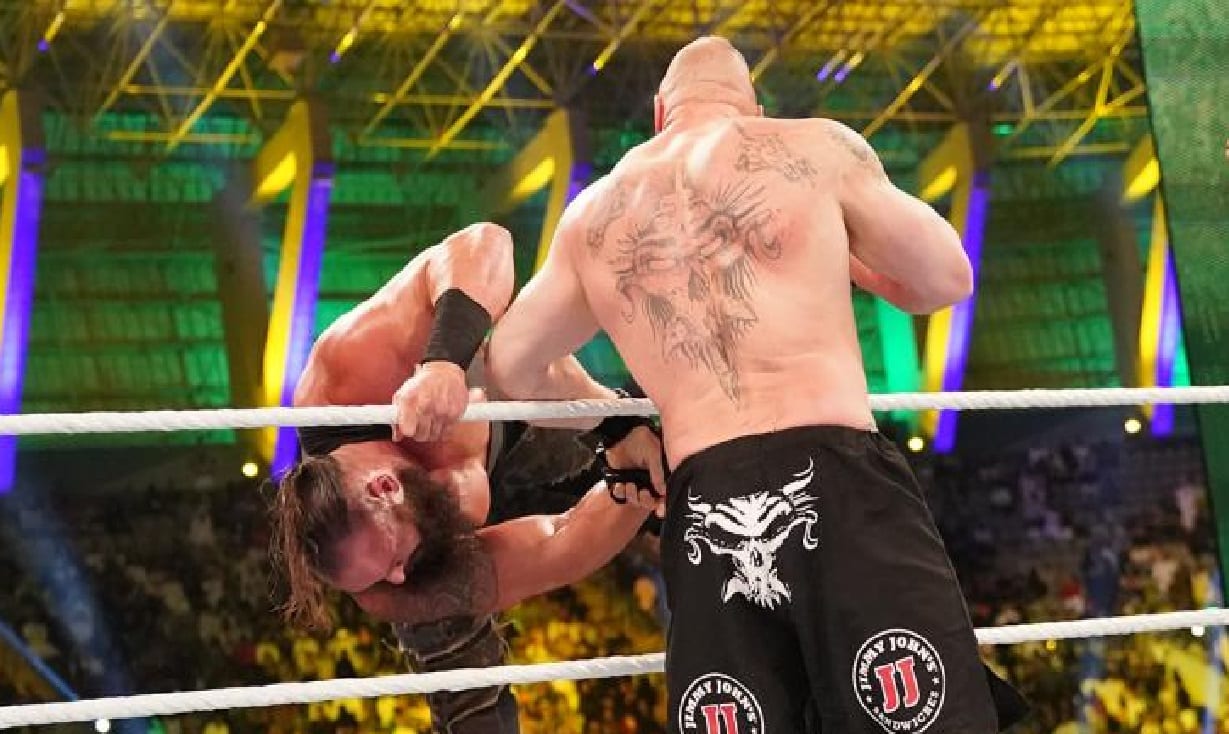 WWE Crown Jewel featured a Universal Title Match that everyone was sure was going to go Braun Strowman’s way. After all, Brock Lesnar’s UFC rumors seemed to be confirmed at this point and he’s back in the USADA testing pool and so far so good.

But Lesnar destroyed Strowman at Crown Jewel with 5 F5s and then 1-2-3 — the belt was back with Brock. But, there’s an important piece of this story we seem to be forgetting. Not only did Baron Corbin clock Braun in the back of the head with the title before the match started, but Strowman also kicked out of the first 4 F5s which is something of an accomplishment. Strowman also took a wicked bump over the ropes to the outside.

Bryan Alvarez, fresh off of his victory over Marko Stunt, commented on Wrestling Observer Live about what WWE’s intentions were for booking the match like this. It appears that WWE is using the same idea with Strowman as they did with Reigns — only they don’t have 3 years to build him.

“Clearly this was not a burial of Braun Strowman. The idea was to show you how much of a monster Braun Strowman was it took that much to finally beat the guy.”

It was also noted that when Vince McMahon decided to build WWE around Hulk Hogan, The Hulkster defeated The Iron Sheik ASAP and became a top name in the company — this didn’t happen with Strowman. Whether you would book it a different way is your call, but this is how they brought Roman Reigns to the top and it just looks like they’re doing an abbreviated version of it with Strowman.