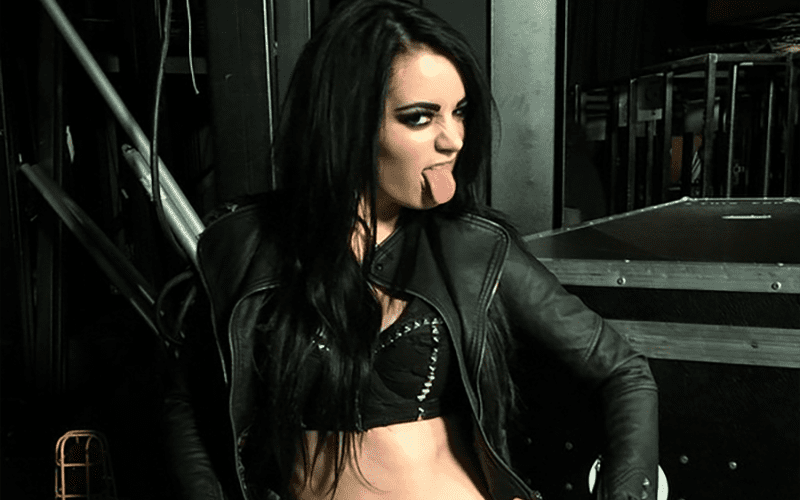 WWE is a very public company and naturally, not everyone is going to agree with what they see. But it turns out that some fans might be more upset about what the women on television actually wear than what they’re booked to do while in front of millions of people.

One “fan” tweeted out an error-filled message to Paige and Lita saying: “WWE is bad company for lady’s there make women dressed in clothes that make them look like whores and this is not what we need for the WWE we need women to respect their body.”

It didn’t take Paige long to set him straight with her own message where she corrected him and said that she’ll dress how she wants to. She said they aren’t coerced or forced to wear anything specific on TV that they don’t feel beautiful and confident in. But of course, that wasn’t the end of it.

Another “fan” tweeted back saying, “So you dress like ‘whores’ because you want to… got it.”

Paige didn’t like hearing that at all and responded with a pretty strong and well-worded message: “Please explain how we dress like whores? That’s again the opinion of a misogynist. I’ll repeat. Men wear less clothes than the women do. Are they whores?”

So far Paige hasn’t felt the need to feed any more of her trolls because from the looks of it, she’s already made her message more than clear enough.

Wrong. We dress the way we wanna dress. We aren’t coerced or forced into dressing like anything other than what we feel comfortable, confident and beautiful in. The men technically show more skin than the women… does that make them “whores” or? https://t.co/ybUrQ1XRzb

Please explain how we dress like whores? That’s again the opinion of a misogynist. I’ll repeat. Men wear less clothes than the women do. Are they whores? https://t.co/MuyUr1u86k