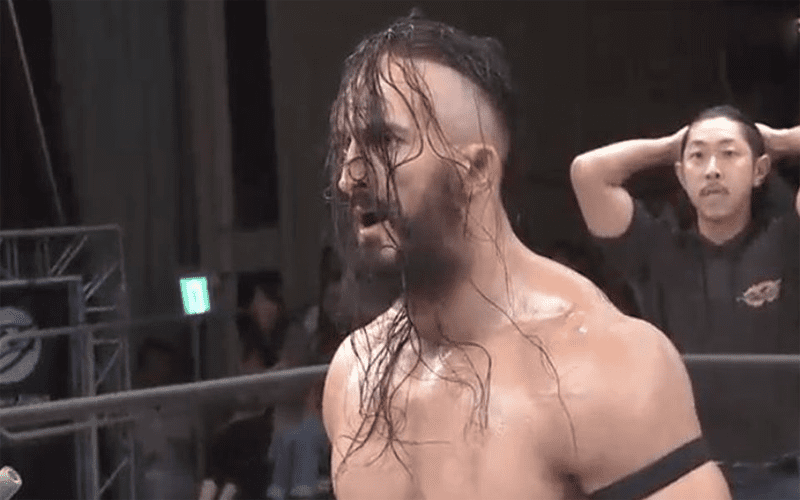 Former WWE Superstar Neville is back to wrestling, primarily working for Dragon Gate. Despite taking so much time off wrestling due to his contract disputes with WWE, Neville- who works as PAC on the independent circuit, hasn’t lost his touch at all.

In fact, it appears as if Neville is more jacked physically than ever before, likely a side effect of being sidelined at home whilst attempting to get out of his WWE contract. Now back for action, Neville has a chance to showcase his improved physique and athletic ability to a different crowd.

Tsuyoshi Mitogawa, who works at the Mid Breath Fitness Gym recently tweeted several photos of Neville at the gym, showcasing off his muscles for the camera while also nursing a dog. You can see the photos Mitogawa released down below, to see Neville’s improved physique:

It is unlikely, given the circumstances surrounding his departure, that Neville returns to WWE. However, Dragon Gate has often been listed as one of the many promotions WWE has considered for the WWE Network. Interestingly enough, though, the latest survey on a possible tiered WWE Network system didn’t make mention of Dragon Gate, meaning they may be distancing themselves further away from Neville.

Have you watched Dragon Gate before? Do you think, as PAC, Neville will continue to be successful outside of the WWE realm? Let us know your thoughts, opinions, and reactions in those comments below.