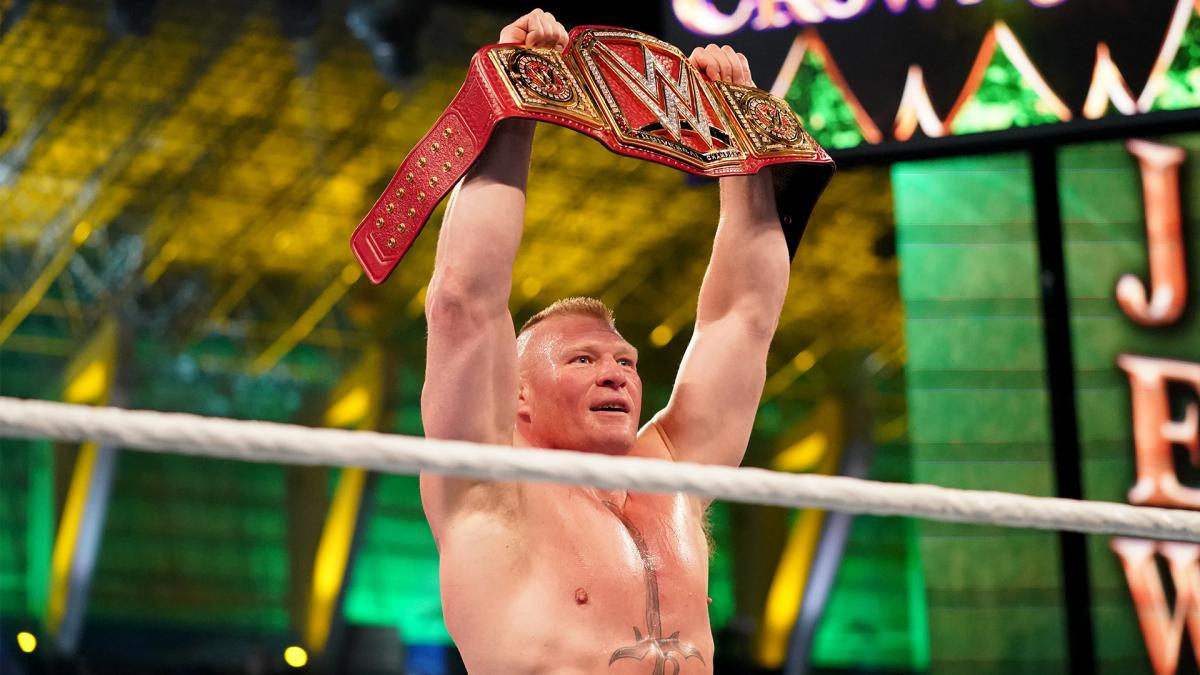 Brock Lesnar walked out of Saudi Arabia as the WWE Universal Champion once again and it didn’t leave a smile on too many faces that didn’t belong to Lesnar and his Advocate Paul Heyman. But this is only a short-term fix for WWE as they put the pieces back together after Roman Reigns’ announcement that he has leukemia and must take an indefinite medical leave of absence from WWE.

Joe Peisich said on Barnburner’s No Holds Barred podcast that Lesnar is only signed on for 2 more dates. He isn’t defending his Universal Title at Survivor Series so fans can apparently expect him to drop the title during his next defense whenever WWE decides to pull that trigger.

“If I were WWE, I would book Braun Strowman to win the Royal Rumble and let him win the title at WrestleMania.”

This situation appears that they are prolonging Braun Strowman’s title run and big push which might help him. After all, they might be doing a very short version of what they successfully accomplished with Roman Reigns. Only they don’t have 3 years to make Braun believable in beating Lesnar. So they’ll have to figure something out to make it happen much sooner as Lesnar was already out the door with WWE Crown Jewel as his last WWE match before Reigns had to leave causing WWE to offer Lesnar way more to stick around just a little bit longer.