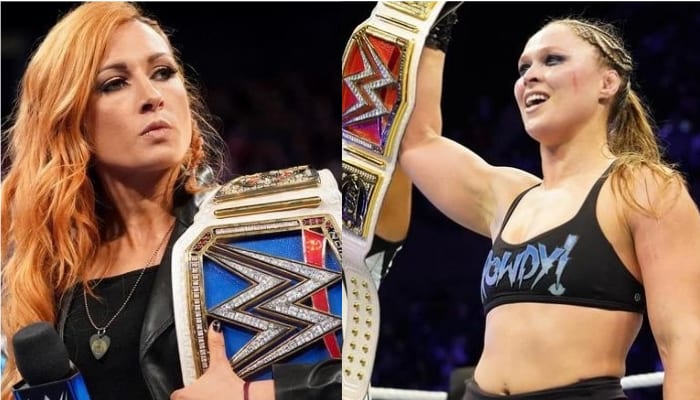 SmackDown Women’s Champion Becky Lynch is set to face RAW Women’s Champion Ronda Rousey at Survivor Series in a battle of the Armbar vs. the Dis-arm-her to determine which competitor is the toughest.

Lynch has taken to her Twitter account to share two conflicting narratives- her signing to WWE and the decision for the company to have her face Rousey at Survivor Series. Lynch explains that it has been six years since she was signed to WWE, which was the best decision they ever made. However, they’ve now made the worst decision they could have by putting her up against Rousey- a woman she will take down at Survivor Series and prove that their “Golden Girl” is second to her.

The Champ is back for #wwebirmingham. 6 years ago to the day WWE made their best decision ever by signing The Champ. Now they’re only a couple weeks away from making their worst by letting me loose on their golden girl @Rondarousey.Everyone’s a badass until The Man comes around.

Rousey is set to respond to Lynch’s comments tonight on RAW, and the expectation is that Lynch will have something to say on SmackDown Live. Given both RAW and SmackDown are in the U.K. and WWE love to have brand warfare in the lead-up to Survivor Series, there is also a chance Lynch could be backstage at RAW, ready to strike.

Who do you anticipate winning the Survivor Series bout? Which competitor do you want to win? Let us know your thoughts, opinions, and reactions in those comments below.