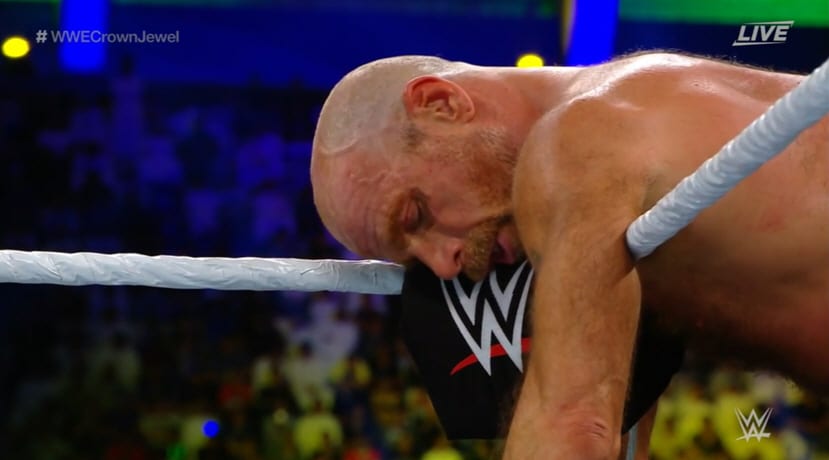 Shawn Michaels made his in-ring return at WWE Crown Jewel in Saudi Arabia. This was something fans had hoped for but they just didn’t think it would go down in KSA. Now that the match is over, HBK says he’s done but as Dave Meltzer noted on Wrestling Observer Radio, Michaels added a little out for himself when he said, “if I can help it.”

After all, the Saudis were giving WWE a ton of money for the Crown Jewel event somewhere in the range of $45-50 million so they could offer the WWE Hall Of Famer a great amount of money to end his 8-year retirement. But the real question is whether he would do that again.

“It kinda confirms what I already figured that he doesn’t want to do it again but you know they may beg him and they put him in the situation. Someone may offer him millions of dollars and he maybe wouldn’t turn that down. But you know, you’re 53-years-old and you’ve been retired for years and you do moonsault and land on your face and bust up your nose — it’s like, you know it sets a good reminder. That match was just sad, it was just really sad.”

It was noted that plenty of fans thought that HBK was in great form for the match, but Meltzer also pointed out that maybe he shined because he was the best one in the match. But, Shawn is still in great shape and the charisma hasn’t diminished much that his long hair used to add to his theatrics. Still, only time will tell how long it will be until Michaels will actually have another match unless the price is very comfortable.