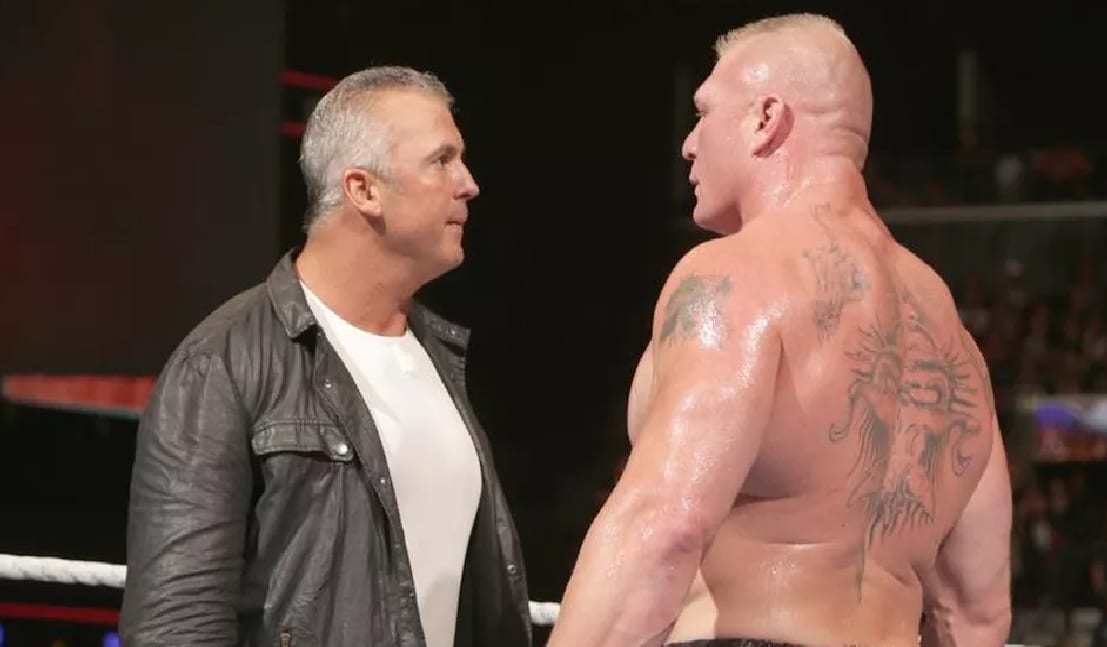 Shane McMahon won the World Cup tournament at WWE Crown Jewel on the same night that AJ Styles retained his WWE Championship. Brock Lesnar won the Universal Title at the event as well which set up Lesnar vs Styles II for Los Angeles’ Staples Center on November 18th at Survivor Series. This seems like a great rematch for a lot of fans — but you never know if things could change.

The idea has been thrown out there that Shane McMahon could wind up facing Lesnar at Survivor Series instead, but of course, that would mean a title change is necessary. Or they could simply have McMahon screw over Brock in his match against Styles to set up a match later on.

Dave Meltzer noted on Wrestling Observer Radio that “they were going to do that once, Brock and Shane… that was a terrible idea.”

This brings up an age-old slogan that “You never know what could happen in WWE.” After all, few people saw Shane McMahon winning the World Cup tournament to determine the best in the world and if he can parlay that into a WWE Championship opportunity. Therefore, we might not only see Styles 500 plus day reign as champion come to an end, but we could also see a McMahon with the title once again.

Another scenario that could set up Lesnar vs McMahon could see Shane’s ego get so inflated after becoming The Best In The World that he gets involved in Lesnar’s match against Styles. This one might be the lesser of the two evils because it doesn’t mean McMahon has to win the championship.

Either option could set up McMahon vs Lesnar later on or at Survivor Series and we’re sure the IWC would just love that. But you can never put anything past WWE. After all, it was supposed to be Jinder Mahal vs Brock Lesnar at Survivor Series which was also a match they advertised but a week or two before the event, Styles won the title in Manchester England which is exactly where SmackDown Live takes place this week.