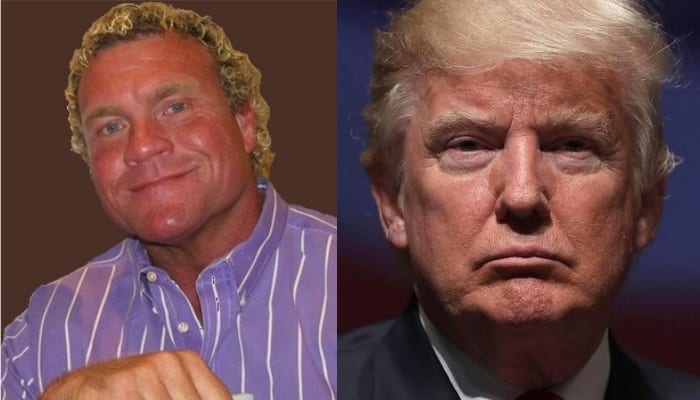 It turns out that controversy in pro wrestling is a universal concept. While people are coming down on WWE for carrying on with their Crown Jewel event in Saudi Arabia — we’ve got some issues in the USA too.

Sid might be a psycho, but he’s not crazy about Donald Trump. It looks like he no-showed an event for Xcite Wrestling and stated that his reason for not coming had to do with support of Donald Trump.

Apparently, Sid was scheduled for a couple of appearances around the pro wrestling show. He was told that the owner of one of the places he was scheduled to appear is a big Trump supporter, so he just didn’t get on a plane at all.

Xcite Wrestling sent out the following message on their Facebook page to let their fans know about the cancelation and explain the situation. We have redacted the names of the person and business Sid had issues with for privacy reasons.

“Which one of you butt holes told Sid that [the owner] is a Giant Trumpster?!?! Well, I hope you’re happy, he decided to not get on a plane for our friends at [other business]. So he won’t be apprearing for us either. We are really disappointed but now we can finally say we are like our friends AIW!”

Sid canceled an appearance for Absolute Intense Wrestling in Cleveland Ohio not too long ago citing Trump’s travel ban as the reason. This was frustrating for the fans there but it gave EC3 a reason to dress up as Sid complete in a curly blonde wig and sign autographs as the former World Champion all night.