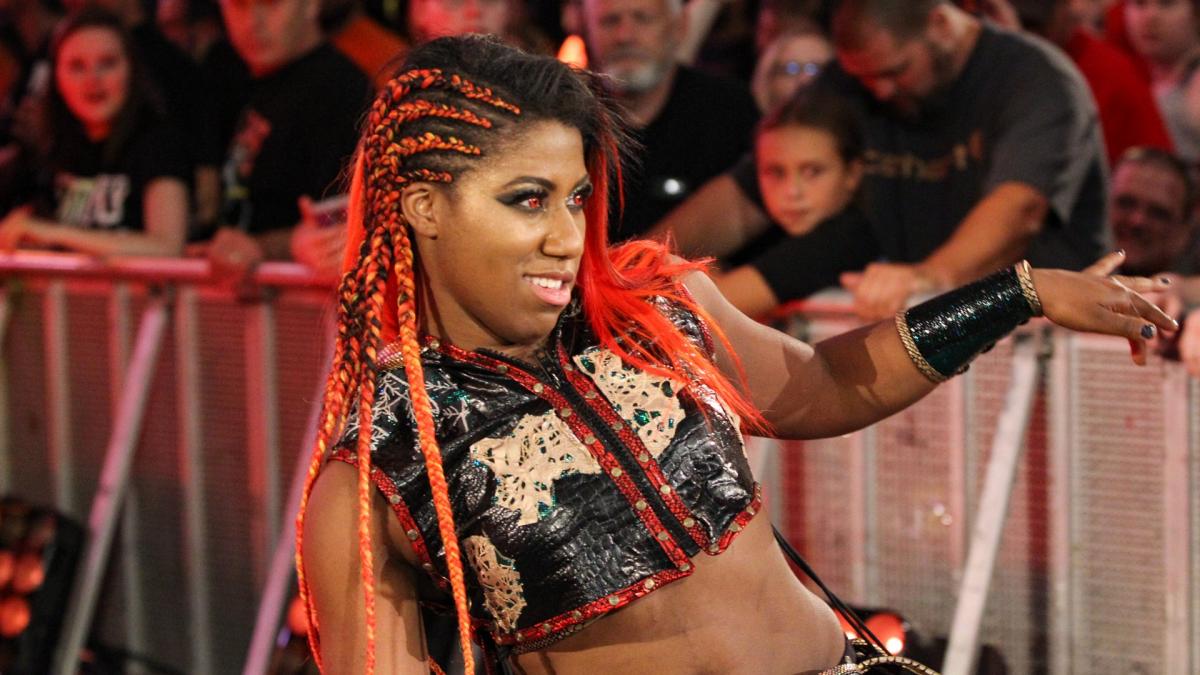 In an interview with Syfy,Ember Moon spoke with SyFy about numerous topics. Below are some highlights from the interview.

Her outfit influences: “So I have a lot of different influences, and each one of my gears is inspired by a different comic book character or villain. But mostly it’s inspired by my D&D character from way back when. Take my money in the bank gear; that was inspired by Loki. I know what happened to him in the last Avengers movie and I almost walked out. But also just different things, whatever floats my boat. You know, Alexa is awesome with her stuff. She steals my ideas. I mean, she totally beat me in a Riddler [outfit] she did. I was so upset, but so envious all at the same time.”

If she likes sci-fi, fantasy or horror: “For me, I would totally have to go medieval fantasy. There’s not really a lot that I would turn away from. I’m super into Game of Thrones. I like that fantasy aspect of things; that’s just the world that I choose to get lost in.”

Being at the forefront of the women’s revolution: “As someone who started working in a public storage building for a hot dog and a soda pop, going from being a match after intermission because everyone would leave to go get popcorn, or take their time getting back, it’s really cool to see how much the women at WWE have inspired that movement. It has been a revolution, it has been an evolution to see: going from The Jumping Bomb Angels way back in the ’80s, coming all the way up to seeing Becky and Charlotte and Alexa Bliss, or Stratus and Lita, and all these amazing women that have pioneered women’s wrestling — not just on camera, but behind the scenes as well. I think it’s an amazing opportunity for every woman that is going to be on that Pay-Per-View, not to only just wrestle but to showcase themselves as individuals, and also inspire young girls, young boys, the entire world and show them that you can do what you wanna do in life. That you can make history, you can break barriers, and that’s exactly what we’re going to do at Evolution.”