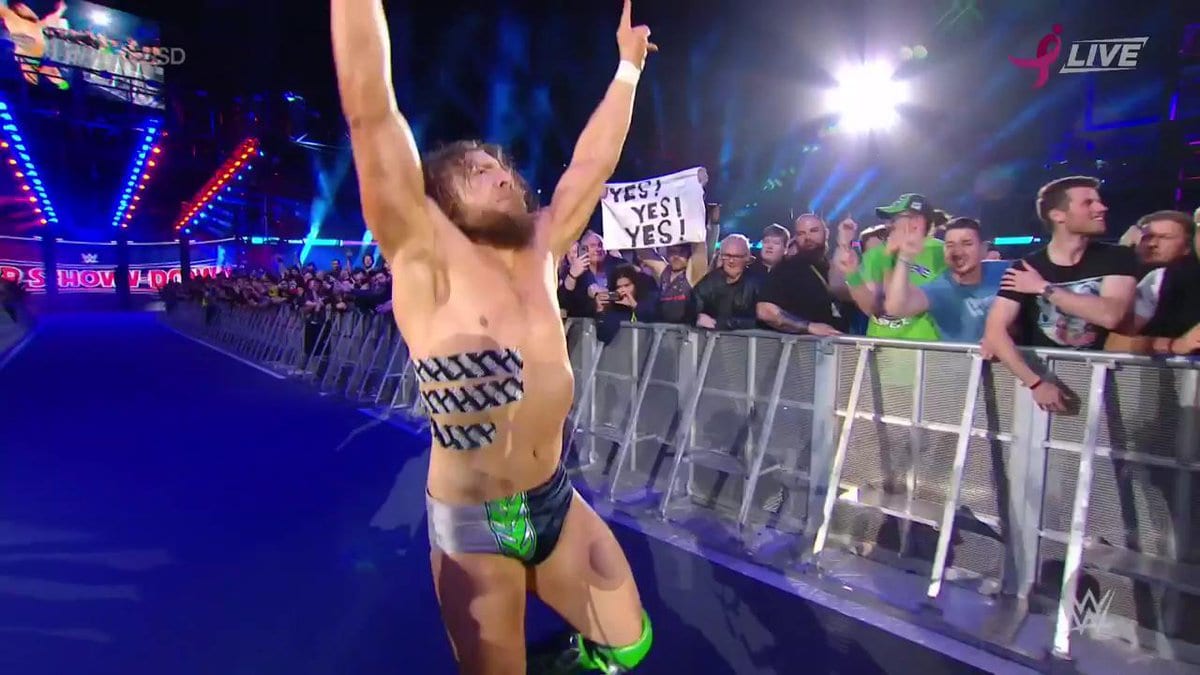 Daniel Bryan was scheduled to wrestle AJ Styles for the WWE Championship at WWE Crown Jewel, however he pulled out of the event on moral grounds. He didn’t like the Kingdom’s treatment of Sami Zayn among other things.

But even though Bryan didn’t travel to KSA with the rest of the WWE roster booked to be at the Crown Jewel event, he’s back on the road now.

PW Insider reports that Bryan is scheduled to be flown in to Manchester with the rest of the roster for SmackDown this week as they kickoff their latest tour.

Hopefully there will be much more Daniel Bryan to come in WWE even if he’s not competing in a WWE Championship program.