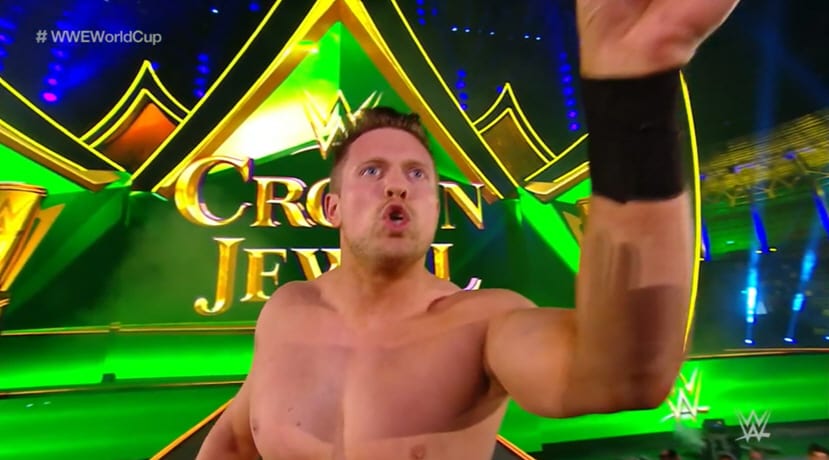 The Miz is the must-see A-Lister and his talents are known in many different platforms of entertainment. He also came close to winning the World Cup tournament at WWE Crown Jewel but a slip on the outside before the match meant that he couldn’t continue.

It should be noted that The Miz was facing Dolph Ziggler in this match between two heels from Cleveland. WWE wrote The Miz’s injury into WWE Crown Jewel so McMahon could take Miz’s spot and then win a ridiculous little match that ended with a Coast To Coast in a moment that popped the crowd but meant no sense when it came to the storyline.

Dave Scherer addressed what we saw at WWE Crown Jewel during a PW Insider Elite audio update where he said that this storyline could leave an open opportunity for The Miz to turn babyface as a result of the situation at WWE Crown Jewel.

“The Miz wanted to continue because he quote ‘couldn’t get up’ or whatever so something’s going to happen with Shane-O Mac, maybe they’ll turn Miz babyface, we’ll see. But these things happen on the Network so they’re going to carry over on storyline to television.”

The Miz is really over for a heel anyway, but we’re in a unique time period where fans cheer for whoever they respect as well as root for and at this point in his career, The Miz has certainly earned that respect. He got a great reception in Saudi Arabia but if you remember he also got a huge pop at the Greatest Royal Rumble — after all, he’s been around WWE for a long time and people know who he is even if they haven’t watched WWE in a while.

He would make a great babyface, but his wrestling style has always been more on the heel side of the equation. Only time will tell what happens next, but The Miz seems poised to possibly be in another crossroads in his character.