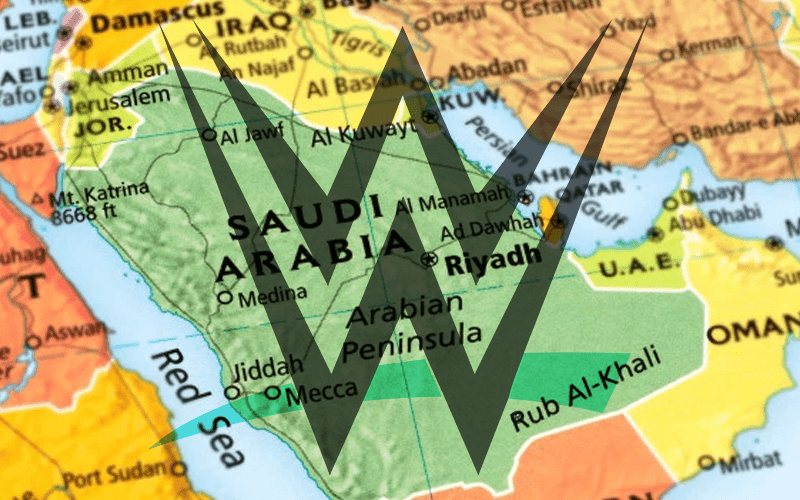 WWE is a very intelligent company, after all, they’ve been around for quite a while and they’re by far the biggest company in their market. But they had a very unique situation when WWE Crown Jewel was scheduled to take place at the King Saud University Stadium in Riyadh, Saudi Arabia in the midst of a huge controversy.

They have also seen a controversy a time or two before as well so they know how to act in a crisis. With all of the think tanks behind the scenes in WWE and the controversy of WWE Crown Jewel’s location being Saudi Arabia weeks after Washington Post journalist Jamal Khashoggi was murdered, they needed to come up with a new plan. After all, WWE said that their financial future was dependent on WWE Crown Jewel remaining as scheduled.

So WWE decided to simply refer to WWE Crown Jewel like it was a location all on its own. Millions of people were listening to what Hulk Hogan said during his return to the company when he “hosted” the event. But he never said: Saudi Arabia, even though he did say that he flew half-way around the world to get there. Instead, he said “Crown Jewel.”

Throughout the night, there wasn’t one mention of Saudi Arabia being the location nor did they name drop the name of the venue or the city they were in. They simply said ‘Crown Jewel” every time they were talking about the event or in a place where you’d normally mention the location.

This has brought on a fair amount of criticism along the way as well. PW Magazine, a popular Twitter account posted a survey about the choice to shy away from mentioning the WWE Crown Jewel location like they did. At this point, 26% of those surveyed said that the decision was “Dumb AF” while 37% said that they should just say the event’s location is Saudi Arabia. Still, 37% agreed that it was a smart way to go about it which is the same percentage out of 819 votes who thought WWE should just admit to the event’s location.

It is pretty hard to deny that the event took place in the Middle East by watching the show. After all, WWE doesn’t have lounge chairs on the front few rows at any American events. But they didn’t mention Saudi Arabia throughout the entire show which is kind of impressive in a way as well as frustrating.

It sounds like they’re going to say “Crown Jewel” like it’s the event location during the entire #WWECrownJewel event. What do you think of this decision?