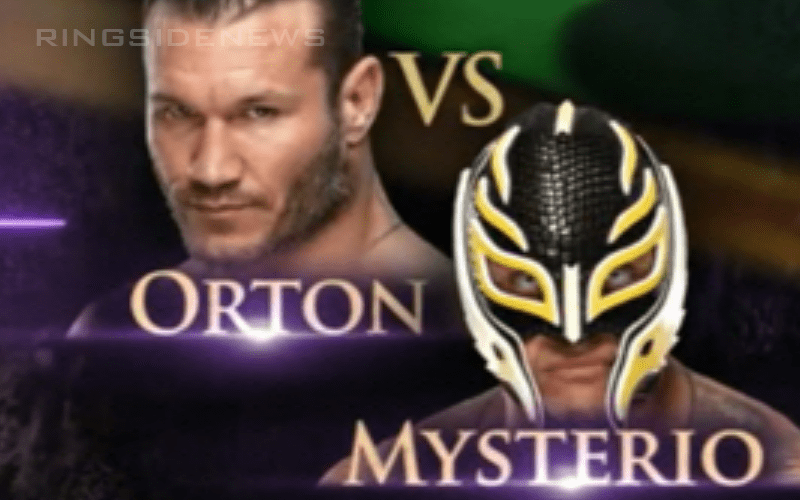 If you thought something was different about Rey Mysterio at today’s WWE Crown Jewel event, you were absolutely right.

Mysterio appeared on live television today without his signature christian cross on his mask. Instead it was replaced by the letter “R” which obviously stands for Rey. 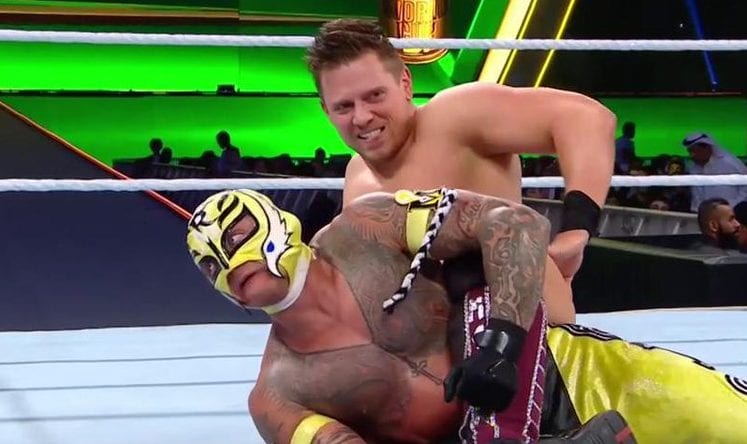 It’s also worth mentioning that Rey’s cross was also edited out off the graphic art that WWE displayed on camera prior to his matches, as seen below. 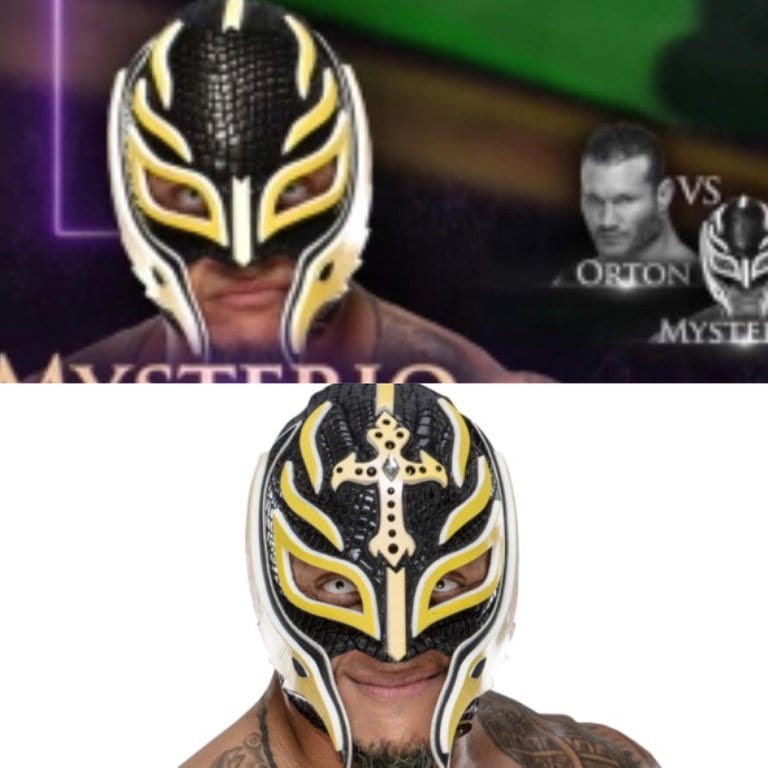