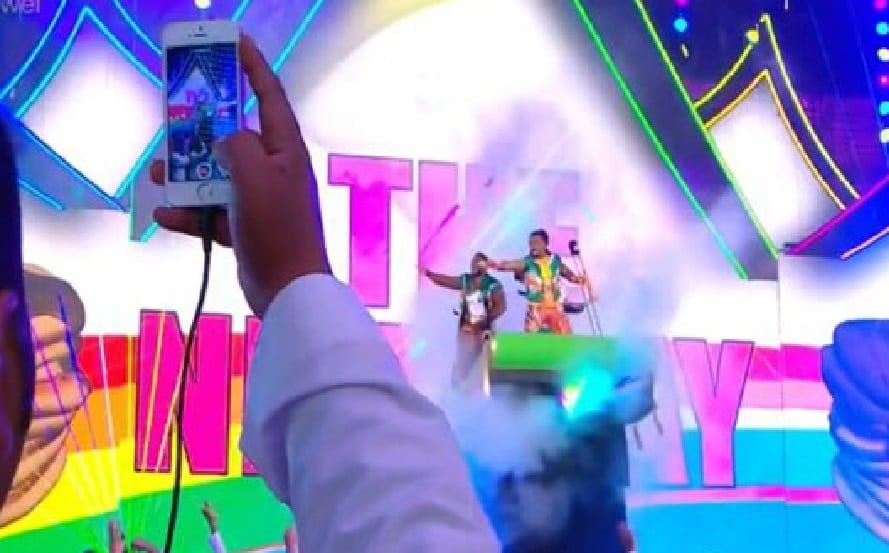 The New Day is one of the most popular tag teams in the WWE Universe and they were super popular with the Crown Jewel crowd and even got an incredibly special entrance. WWE never said “Saudi Arabia” but the fact that the New Day arrived to the ring on a flying carpet was a pretty big clue of their location.

They really gave The New Day a magic carpet entrance at #WWECrownJewel pic.twitter.com/0csGok56w3

Although they were unsuccessful in becoming 6-time WWE Tag Team Champions at WWE Crown Jewel thanks to interference from The Big Show and a Brogue Kick from Sheamus — they still arrived to the ring in style.

Kofi Kingston, Big E, and Xavier Woods were incredibly over with the crowd as they got everything that they did. Although the New Day wasn’t launching pancakes in Saudi Arabia — this was a pretty good consolation.