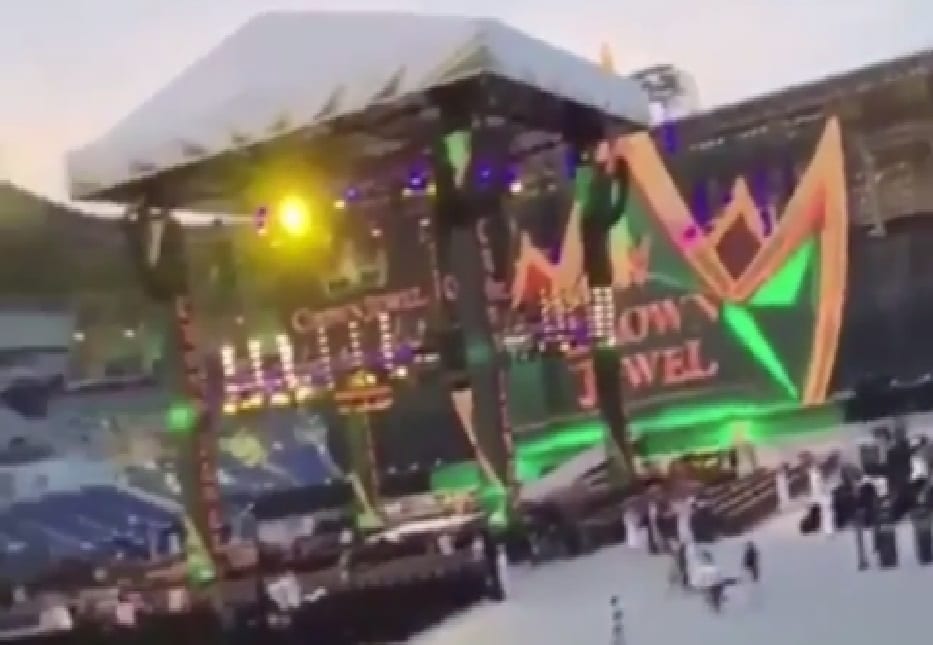 WWE Crown Jewel might be a controversial event for some people around the world but the Saudi WWE Universe couldn’t be happier about getting to see this big show go down in front of their eyes.

Plenty of fans will gather into the King Saud University Stadium in Riyadh, Saudi Arabia and the event sold out in less than 3 hours. Our source who was able to get tickets to the event said that they limited the tickets to 5 per purchase which was different than the Greatest Royal Rumble that had no limit. This is probably why they were able to go from having plenty of tickets available to none overnight.

One of our readers who is at the event was still waiting outside in the lines, but another sent us a video of what the crowd looked like an hour before the big show. As you can see, he has some great seats but there aren’t a lot of people there. Hopefully, they will get that crowd to their seats by the kickoff show so they don’t miss Rusev vs Shinsuke Nakamura.

You can check out a video sent to us below from a fan at the event. As always, thanks for reading Ringside News.