WWE Crown Jewel is going to be a big event on a global scale. WWE brought as many of their top Superstars who were male and would go to the show and the crowd is expected to be very passionate about the action in the ring.

The Saudi WWE Universe is well aware of WWE and their storylines on television. They know who the top stars are and want a piece of the experience they can take home with them. Therefore, a merchandise stand is crucial at this kind of event.

WWE brought a minimal amount of merch with them to Saudi Arabia, but thanks to a source at the event, we can see what they brought to sell. As you can see, WWE brought Cena merchandise to sell and even his autograph made the trip — but he didn’t. Undertaker and AJ Styles are also getting a lot of love in the merch booth as well and WWE also made up official Crown Jewel t-shirts as well which haven’t appeared on the WWE Shop unlike the Greatest Royal Rumble shirts in like they did in April.

Roman Reigns and The Shield t-shirts are also for sale in SKA which you can probably expect to see being sold at all house shows for a very long time anyway no matter where they’re traveling to.

They’re likely to sell out their merch booth so they won’t be taking much home. But it’s still interesting to see what they decided to bring along with them. 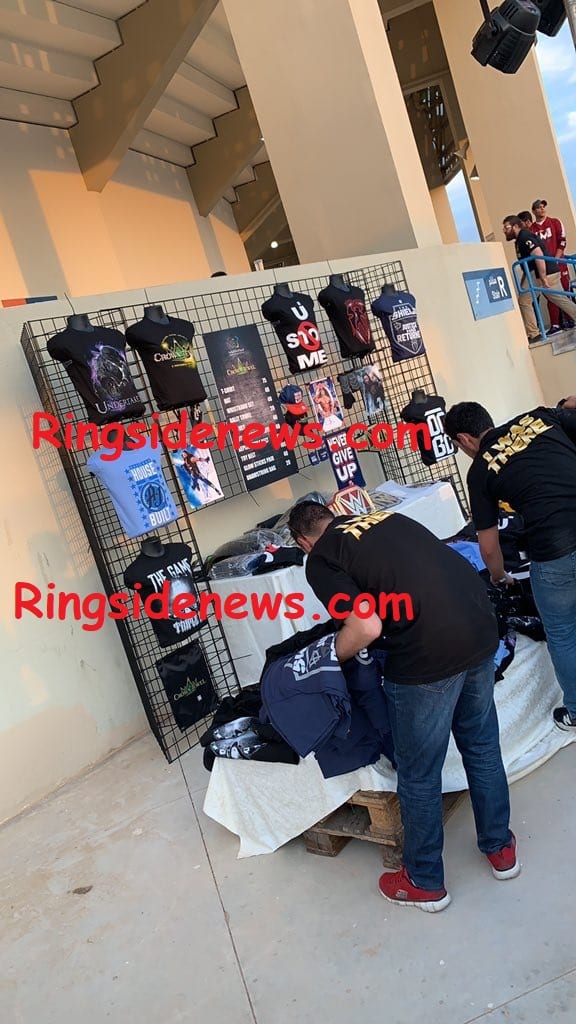