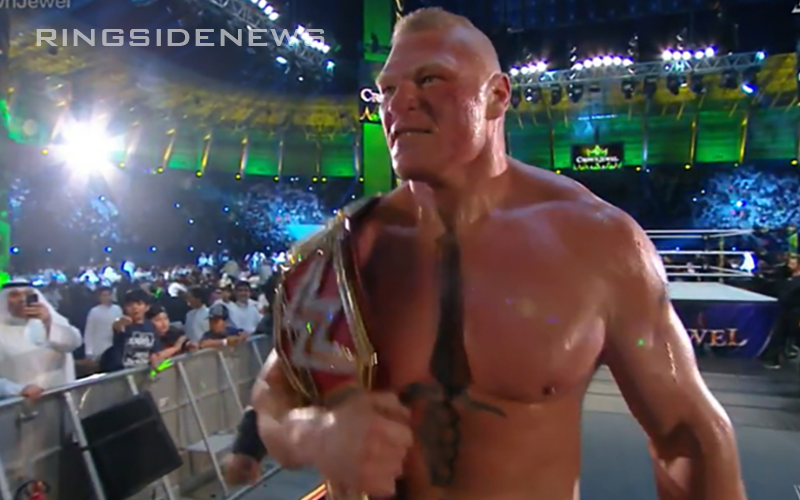 While answering questions during the UFC 232 press conference, Dana White was asked if Brock Lesnar could bring his WWE Universal Championship title with him when he fights next year. White said that he didn’t have an issue with it but Vince McMahon probably would.

“I don’t think Vince would allow that to happen but he can wear whatever belt into the Octagon he wants, I don’t care.”

White also said that Lesnar would not be at UFC 230 tomorrow for the Daniel Cormier vs. Derrick Lewis fight but can you really take his word for it? We reported earlier today that Brock is in fact scheduled for the show.

You can check out footage from the press conference below.