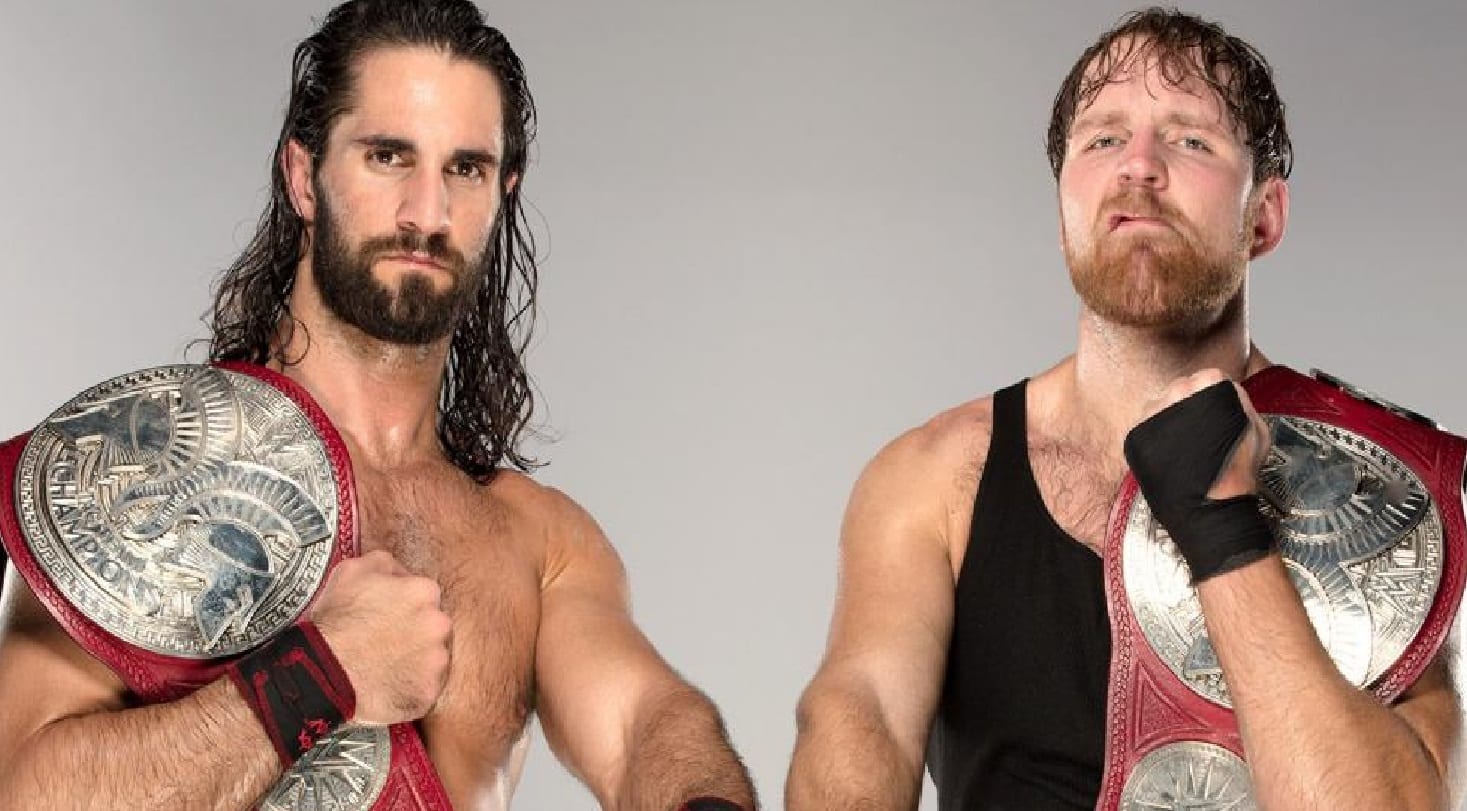 The Raw Tag Team Champions are currently Seth Rollins and Dean Ambrose — but the two aren’t getting along at all right now. Ambrose turned on Rollins to close out the show where Roman Reigns announced he has leukemia and needs to take a medical leave of absence in order to concentrate on his health. But, the remaining members of the Shield won the Raw Tag Team Titles from Dolph Ziggler and Drew McIntyre before the turn took place.

Now we have 2 guys who are very mad at each other and won’t get along as tag team champions of the red brand. This, of course, presents a very interesting problem for the company to have because tag teams are generally supposed to get along.

The Wrestling Observer Newsletter notes that WWE could possibly start a tournament to decide new Raw Tag Team Champions with the conclusion of that tournament taking place at Survivor Series. Only time will tell if they go that direction or simply have Dean screw his partner (and himself) out of the titles just to spite the situation in the weeks leading to the big LA show — but that’s apparently an option.

Roman Reigns’ absence is still being felt both behind the scenes and in the storylines unfolding in the ring. Therefore, you never know what could happen in WWE as they try and write themselves out of this situation and put the Raw Tag Team Titles back on a team that actually gets along.