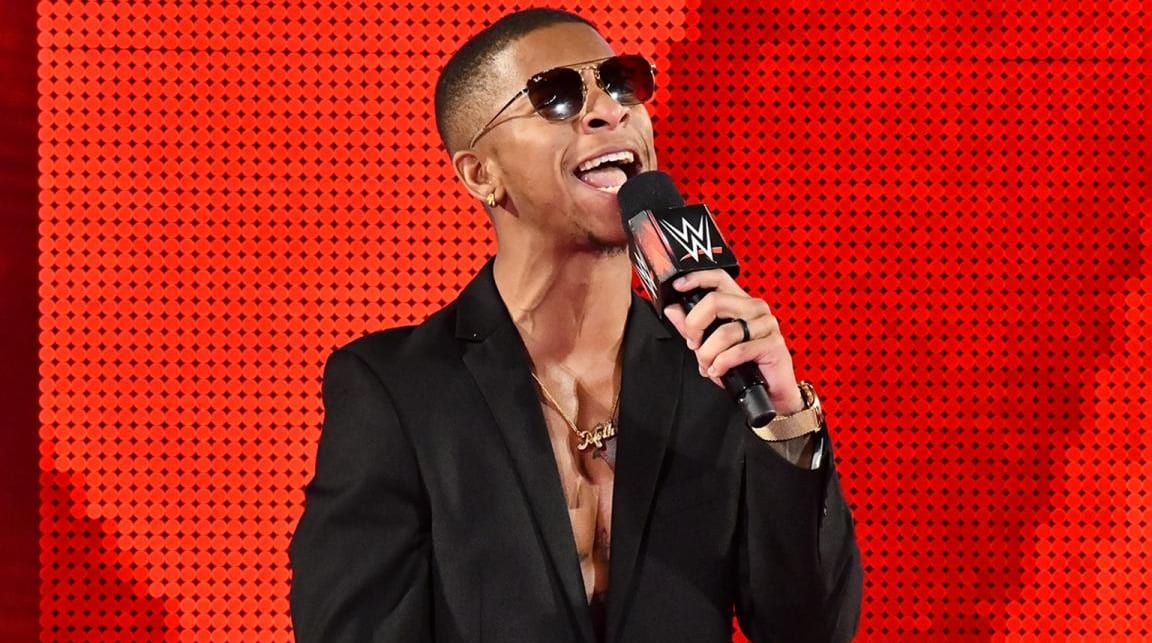 Lio Rush might be best known as the guy who chants Lashley’s name on the microphone during Raw and talks about how the Dominator smells like money, but he also wrestles on 205 Live. But the truth is that Rush’s current role on Raw is much closer to what WWE initially had in mind for him on 205 Live.

The Wrestling Observer Newsletter noted that Lio Rush was originally supposed to be brought up to 205 Live as a “lead heel” with some big backup. You might remember seeing Babatunde performing at the Greatest Royal Rumble as one of the guys you didn’t know — that’s because he’s still in NXT and was just brought over to Saudi Arabia because WWE wanted to bring in big guys.

But Babatunde was initially supposed to accompany Lio Rusho on 205 Live and provide a human shield for Rush to hide behind as he ran his mouth. Of course, those plans changed and Lio was brought up as a bragging solo act while Babatunde stayed in the WWE Performance Center. Hopefully, we’ll see much more from him later on.

Therefore, the idea of a little guy hiding behind a big guy didn’t work on 205 Live — after all, it’s been done a few times before already in pro wrestling. But they figured out a decent way to work it into Raw and turn Bobby Lashley heel in the process.