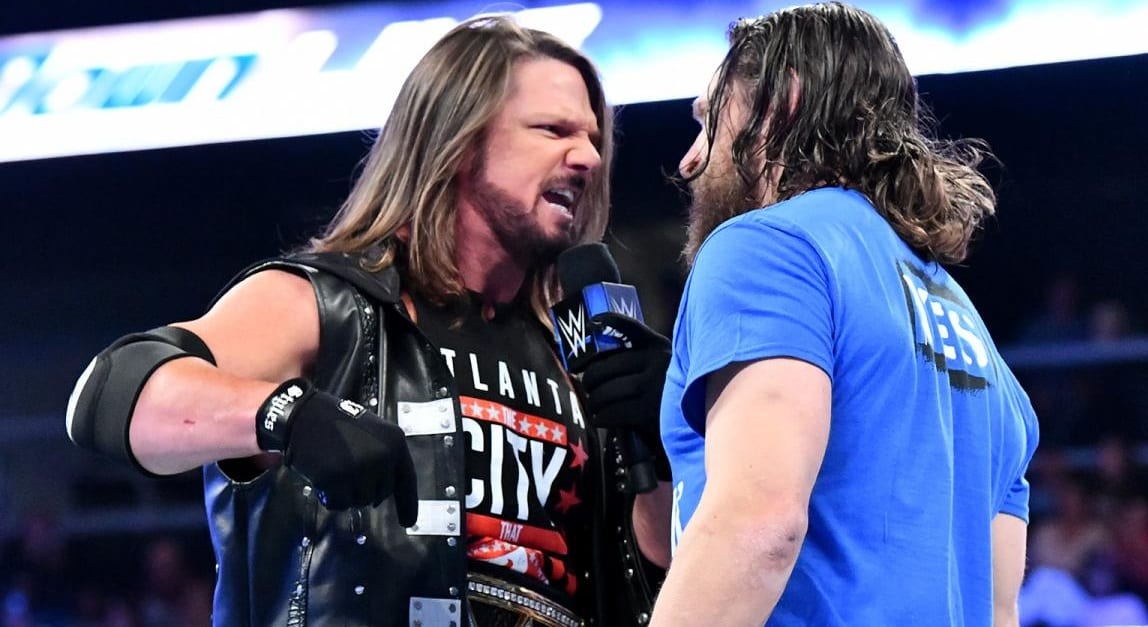 WWE Crown Jewel is going down this Friday in Saudi Arabia but one advertised match for the card happened earlier this week in a surprise for the live fans who attending SmackDown’s television taping this week. It was a big shock for the fans to see a WWE Championship match that they didn’t expect — but it might have been even more surprising for those backstage.

The Wrestling Observer Newsletter noted that WWE officials kept the Styles vs Bryan match a secret backstage as best they could. The run-down sheet posted in the back only listed an in-ring segment between AJ and Daniel to start the show and nothing more.

The match which ended up being WWE Crown Jewel’s advertised contest was only listed on the production format sheet as “match” as well. So people knew there was a wrestling match going on — they just didn’t know what was going on or who was competing.

Of course, people backstage must have known this wasn’t going to be a typical match because it was listed to span 2 segments. It was noted that if the match had been known about backstage then the feeling would be that Daniel Bryan pulled out of the match in Saudi Arabia — which he did. But, WWE did everything they could to protect their angle on SmackDown Live which eventually led to a different match for WWE Crown Jewel after Samoa Joe jumped in the ring after the contest was over to take out both competitors.