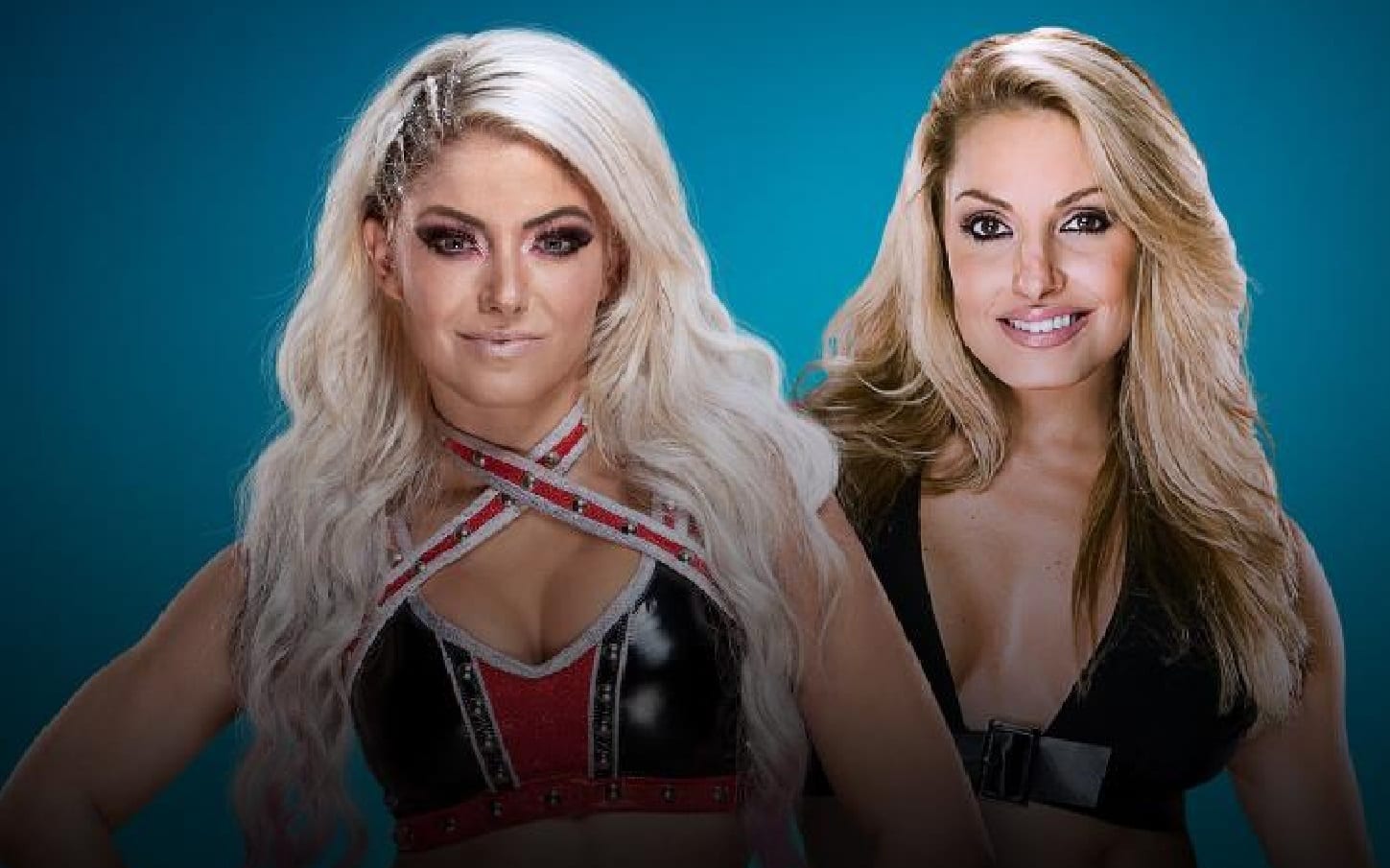 WWE Evolution included a few big matches but the first match promoted as part of the first-ever women’s pay-per-view event didn’t go down: Trish Stratus vs Alexa Bliss. Instead, Bliss vs Trish and Lita vs Mickie James was combined into one tag team match. Then Alexa was injured and replaced by Alicia Fox on the show.

Stratus recently spoke to Newsweek about her WWE Evolution experience where she opened up about her partnership with Lita in the ring, even when they were on opposing sides. They were confident about working together as Lita herself busted onto WWE’s scene by modeling herself after Stratus.

Then Trish spoke about Alexa Bliss where she not only praised the Five Feet Of Fury but also gave a lot of hope that fans will eventually see the two mix it up in the ring.

“[Bliss] is very strong in the ring, with her promos kind of what my thing was. It would have been very special. Who knows there’s still time, but working together these past few weeks has been a real pleasure to work with another athlete. She’s a great gal and she does amazing things in the ring.”

Hopefully, there is still time for Stratus vs Bliss in a WWE ring. If anything, fans can play out possible scenarios in a video game world. But it might not be any substitution to seeing it happen for real.

However, with Trish Straus rumored to take part in even more matches with WWE after her WWE Evolution return only time will tell if WWE will eventually give us a little Stratusfaction meets Little Miss Bliss.