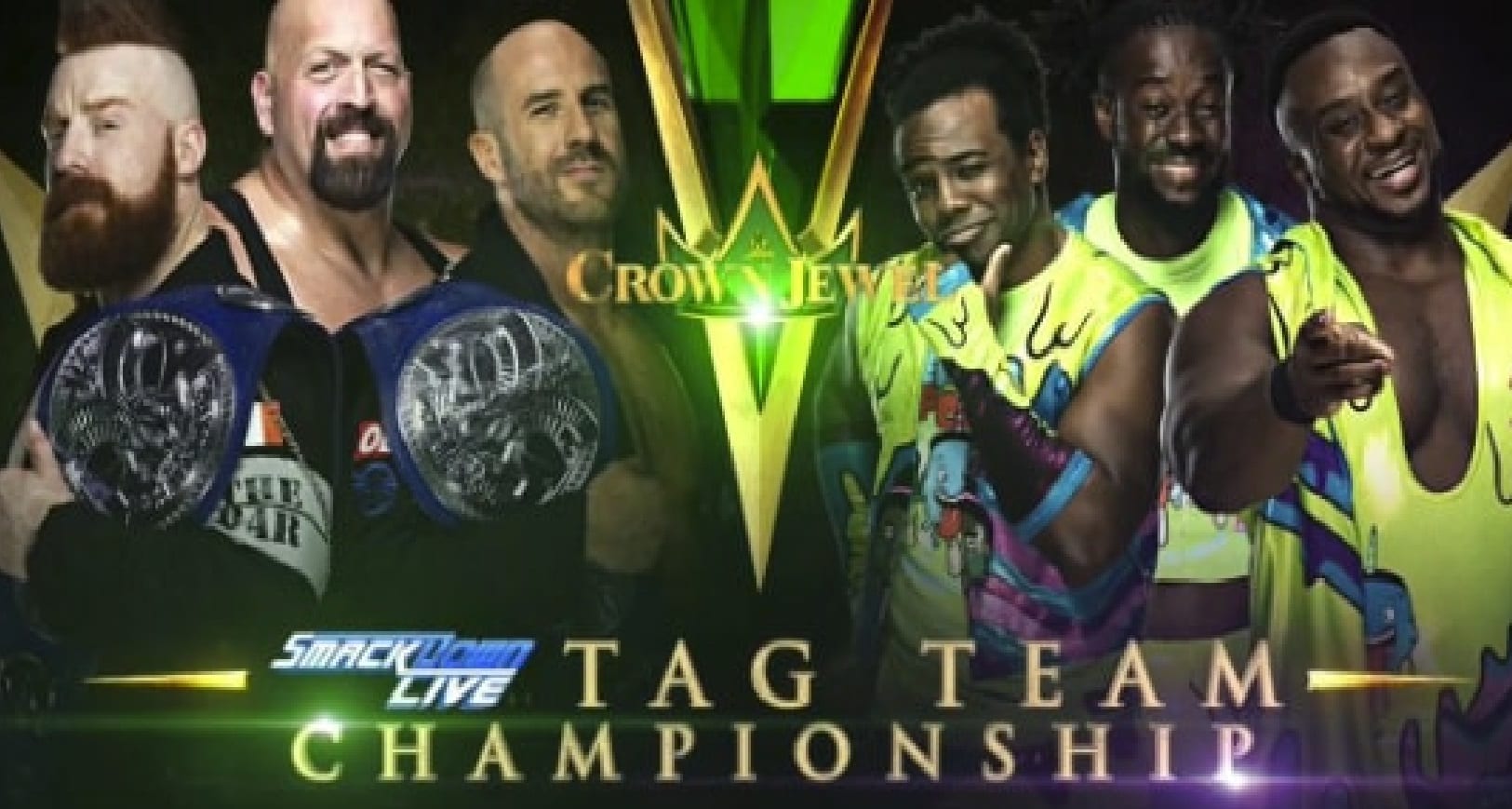 As seen on Sky Bet, the betting odds for the SmackDown Tag Team Championship match at WWE Crown Jewel have been released.

There are a parade of different storylines that we’re all talking about heading into Crown Jewel tomorrow, and while the WWE may want to sweep it under the rug, it certainly feels like we’ll all have a lot to discuss in the immediate aftermath when the dust settles in Saudi Arabia.

Alas, there are still a handful of matches that are flying under the radar, with one of them being the SmackDown Tag Team Championship match between The Bar and The New Day. These two teams have been battling one another on and off for a few years now, and this will serve as the latest instalment in their rivalry.

In terms of the betting odds it’s actually looking a lot more one sided than most fans may think, with The Bar being the clear 1/4 favourites with New Day being 11/4 underdogs.

There’s every chance that these teams could steal the show tomorrow and that’s not an understatement, and when you consider how little most fans really care about this feud in comparison to others on the card, that should give them that extra push to create something special.

We wouldn’t be surprised to see this opening the show to really try and get the crowd going, but either way, it doesn’t seem like the comedy trio have too much of a chance when it comes to reclaiming their titles.