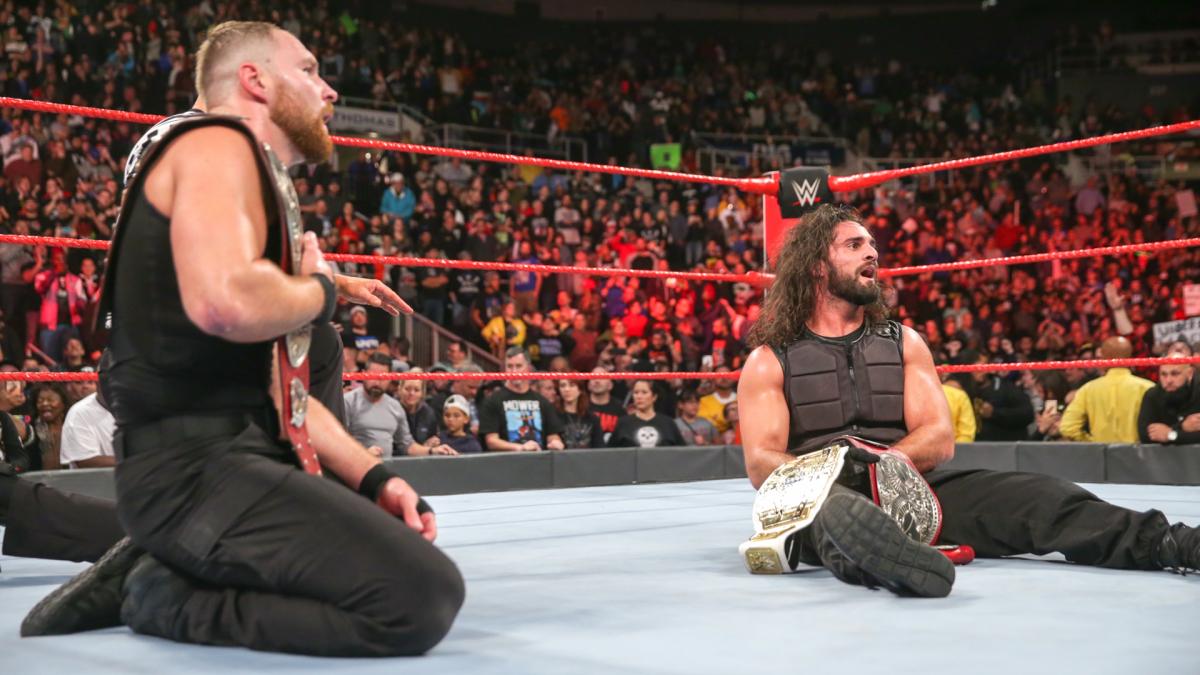 WWE made a Raw Tag Team Championship switch on last week’s show but in reality, they were using the titles as bait to capture the fans’ emotions after they were devastated by Roman Reigns announcing he has leukemia earlier in the night. Because as soon as Dean Ambrose and Seth Rollins captured the Raw Tag Team Titles from Dolph Ziggler and Drew McIntyre — Ambrose turned on his Shield brother while Michael Cole yelled: “No! Not this night!” on commentary.

Fans waited an entire week and witnessed history being made at WWE Evolution in the process as they anticipated an answer for Ambrose’s attack. Then when the night came — Ambrose was silent even as Rollins berated him with questions and dropped the fact once again that Roman Reigns has leukemia and Dean betrayed him on the night of that announcement.

Mike Johnson remarked on PW Insider Elite audio how they didn’t even mention the status of the Raw Tag Team Titles on Raw this week or what is going on with them. Instead, they had Ambrose stare down Rollins.

“The Dean vs Seth angle none of that was really followed-up on this week. We didn’t get an answer as to what the status of the Raw Tag Team Titles are, which shows you how important those are.”

Hopefully, there is a plan for the Raw Tag Team Titles and WWE is just getting Crown Jewel out of the way. But it certainly didn’t help the fans get any questions answered about what their plan is for Seth and Dean down the line as bitter rivals, brothers, and co-champions.